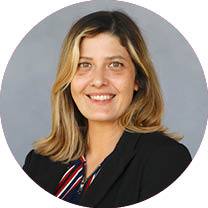 The 55-foot tall Big Tex statue is a main attraction at the State Fair in Dallas. (Courtesy city of Dallas)

Here is a list of events Lake Highlands/Lakewood residents can attend during the month of October, including the Dallas State Fair.

Northern National, a four-person rock band based in Dallas, returns to perform their latest hits at the Granada Theater. According to the event description, the band’s style is similar to Imagine Dragon, Kings of Leon, Cold War Kids and Young the Giant. The venue is located adjacent to the Granada Theater. 10 p.m. (doors open), 10:30 p.m. (show starts). $10. Sundown at Granada next to the Granada Theater, 3520 Greenville Ave, Dallas. 214-824-9933. www.granadatheater.com

An event to celebrate the Hindu festival of light, Diwali, comes to Vickery Park. Traditionally, this celebration lasts five days but will be hosted one day by The Dallas Public Library, according to the event listing. This event features a festival, music, dance, arts and crafts. It will include traditional Diwali customs and stories. 11:30 a.m.-2:30 p.m. Free. Vickery Park Branch Library, 8333 Park Lane, 214-671-2101. www.dallaslibrary.librarymarket.com/event/diwali-celebration-0

The city of Dallas presents a Water Wise Landscaping Tour at White Rock Pump Station in Lakewood, where the public can learn how to conserve water while creating a dense landscape. This event includes free seminars, a tour of the landscape, crafts for kids, snacks and giveaways. Attendees will also learn the best techniques on saving water. 9 a.m.-3 p.m. Event registration is online. Free. White Rock Pump Station, 2900 White Rock Road, Dallas. 214-670-5378. www.savedallaswater.com

Oct. 26: Learn how to write calligraphy

The Dallas Arboretum and Botanical Gardens hosts a Halloween weekend extravaganza including candy collecting, costume contests and live music on the Martin Rutchik Concert Stage and Lawn. This year’s theme is “Dress like a Fairy Tale,” and winners of the costume contest have a chance to win tickets to Holiday at the Arboretum. This event is included with a garden admission or membership. 9 a.m-5 p.m. Dallas Arboretum and Botanical Gardens, 8525 Garland Road, Dallas. 214-515-6615. www.dallasarboretum.org