A rehabilitation project on Roanoke Road is one of a number of transportation projects in progress in the city of Keller. (Ian Pribanic/Community Impact Newspaper)

• Candidate filings continue for May election in Keller, Roanoke and Northeast Fort Worth

One of the first meetings Keller Mayor Armin Mizani held after being elected was with Tarrant County Commissioner for Precinct 3 Gary Fickes. The goal of the meeting was to determine how the city could get additional county funds for local transportation projects, Mizani said. 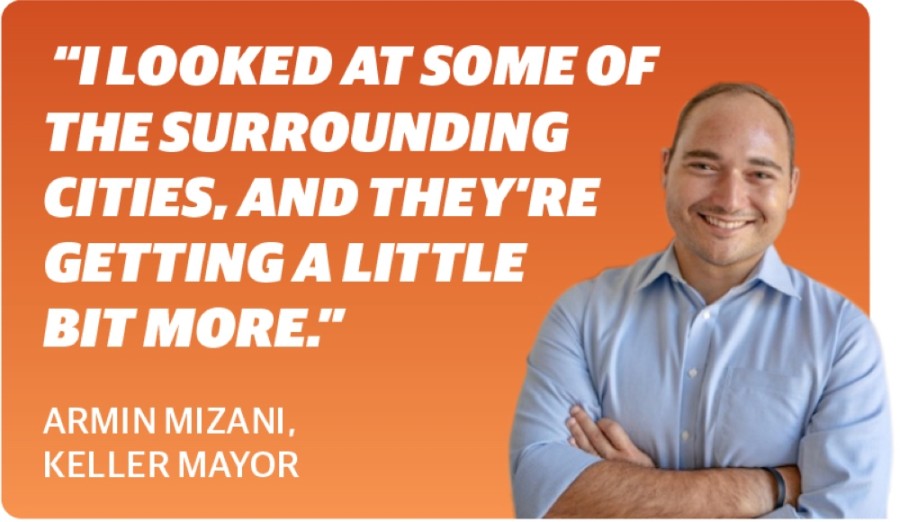 “A lot of the time, for infrastructure improvements, the county will partner with us to offset the cost,” he said. “And I looked at some of the surrounding cities, and they’re getting a little bit more.”

Most recently, the county contributed $100,000 toward the $6 million Johnson Road project. The city is in the process of finalizing plans to add a roundabout to the Johnson Road and Keller-Smithfield Road intersection, among other upgrades.

“Infrastructure improvements are also a big deal because there’s a lot of growth happening around Keller,” Mizani said. “We have to make improvements to our streets and sidewalks."