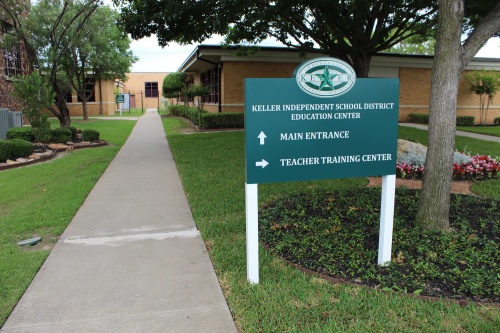 Keller ISD is working on a 10-year facilities plan it says will improve the way students learn for decades to come.

Unlike neighboring Northwest ISD, which is only 27% built-out and still growing, KISD’s growth has slowed to 150 to 200 new students per year. Because of the slowdown, district officials do not see a need to construct new schools.

Instead, KISD’s newly approved long-range facilities plan is an effort to replace and improve the district’s existing buildings.

The district’s board of trustees voted May 13 to approve a long-range facilities plan and appoint a citizens bond advisory committee. The advisory committee met for the first time on June 13 and will meet over the next few months to discuss the plan and how to fund it.

Early estimates from KISD and architecture firm VLK Architects show 66 projects outlined in the plan that could cost more than $1 billion, accounting for inflation over 10 years.

Projects include technology, safety and security upgrades across all of the district’s campuses and facilities as well as improvements and renovations at schools, athletic complexes, fine arts spaces and KISD’s administration center.

Foundations of the plan

While KISD’s growth has slowed,  many of the district’s buildings are aging and need upgrades. Four of its elementary schools, which were built between 1975 and 1986, may need to be rebuilt.

With those factors in mind, KISD began working in October with VLK Architects to assess some of the construction and improvement needs across the district.

Rusty Fuller is a Fort Worth resident who lives within the district and served on a subcommittee for alternative education. He sees rebuilding some of the district’s older schools as a top priority.

The subcommittee recommendations were forwarded to the long-range facilities plan committee. Projects were evaluated based on several factors, including the condition of the facilities and how many students would be affected.

One of the top priorities is whether KISD’s older facilities need major renovations or must be completely rebuilt.

“When you start evaluating the programs and space needs that we have, our older buildings don’t accommodate for a number of needs,” said Hudson Huff, executive director of facility services for KISD.

The citizens advisory committee is now evaluating which projects in the plan to tackle first.

Though the district expects to implement the projects over the next 10 years, KISD Superintendent Rick Westfall said the long-range facilities plan will remain fluid. KISD can update the plan as needed, he said.

Paying for the plan

Because the district is still evaluating when and how the projects could be done, it does not know exactly how much they might cost. An early estimate in the long-range facilities plan shows all of the identified projects could cost around $1.18 billion. That number is adjusted to predict inflation over the next 10 years.

The district will likely use bonds to fund the projects, but Westfall said issuing bonds would not cause KISD’s tax rate to rise.

The district has advised the citizens bond advisory committee that any bonds issued for the long-range facilities plan must be paid from the interest and sinking portion of the district’s tax rate. The interest and sinking rate makes up $0.34 of KISD’s overall tax rate of $1.51 per $100 valuation. It is used to pay debt, including from bonds used to build and maintain school buildings.

“Part of what the committee is going to have to understand is that anything they create in terms of a priority list has to be within what our current capacity to pay for at the tax rate we currently sit at,” Westfall said.

All projects and funding must also be approved by the district’s board of trustees before work can begin.

Changes made through the long-range facilities plan are expected to benefit teachers and students with inviting learning spaces, Westfall said. The projects will also allow district programs to grow as more students show interest.

“People like to go to work or go to school where it’s a nice environment, where it’s welcoming,” Westfall added. “There are things you have to do to be able to create those new environments for education. That’s where the teachers and students can then expand what they’re already trying to accomplish.”