According to data from the Greater Fort Worth Association of Realtors, the number of new home listings declined year over year in three of the four ZIP codes that make up Community Impact Newspaper's Keller-Roanoke-Northeast Fort Worth coverage area.

During that same time, homes under contract increased significantly in ZIP code 76244, from 118 to 135.
RELATED STORIES 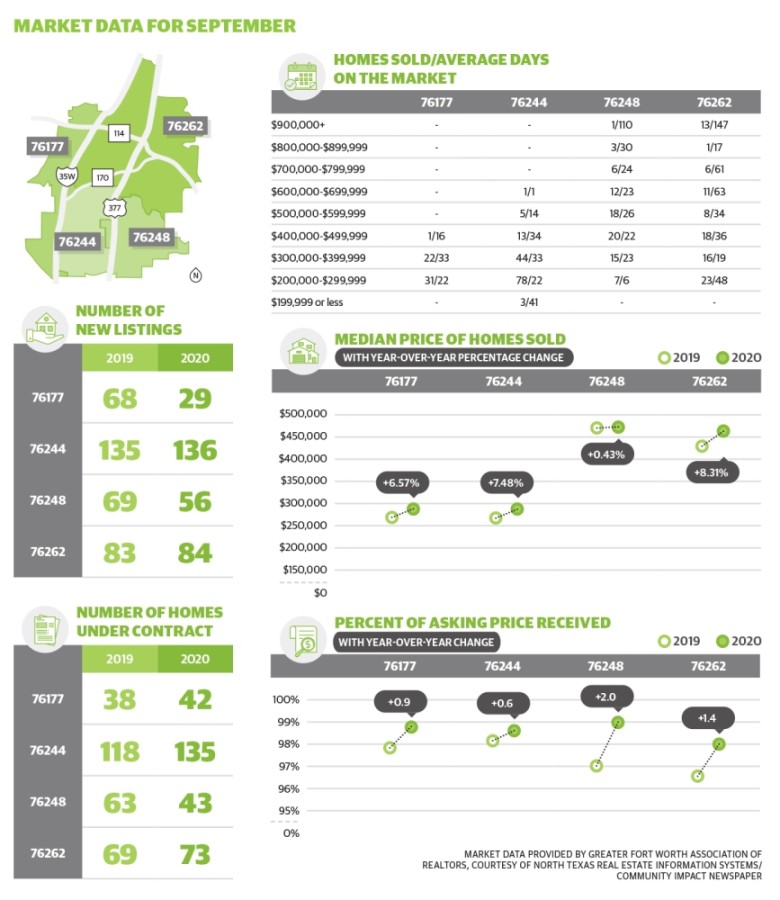 It is now illegal for registered child sex offenders to live within 1,000 feet of areas children commonly gather after the Keller City Council passed an ordinance at its Oct. 19 meeting.

A new Salad and Go location is coming in summer 2022 to the Shops at Timberland Crossing in Fort Worth.

After discussing its driver shortage and pay comparisons to other districts, Northwest ISD's board of trustees approved an increase of $2 per hour for its bus drivers at its Oct. 18 meeting.

Dutch Bros Coffee coming to northeast Fort Worth in fall 2022

A fourth Dutch Bros Coffee location in Fort Worth is coming next fall to North Beach Street.