Texas public health officials are seeing high flu activity across the state, according to the latest flu surveillance report from the Texas Department of State Health Services.

Several flu-related deaths have been documented in Denton, Dallas and Tarrant counties this 2019-20 flu season, which typically peaks between December and February, according to the Centers for Disease Control and Prevention.

“Announcing the first flu death of this season in Denton County is incredibly difficult,” said Juan Rodriguez, the chief epidemiologist and assistant director of Denton County Public Health, in the news release. “Flu activity remains high in Denton County, and we want to remind residents to receive their flu vaccine to best protect themselves and others.”

Public health officials are also urging residents to take antiviral medications if they experience flu symptoms and to take preventative actions, such as covering coughs and washing hands, according to the news release.

The Dallas County Health and Human Services department has confirmed five flu-related deaths in the 2019-20 season.

Most recently, the DCHHS confirmed Jan. 7 that an 85-year-old resident of Cedar Hill died from flu-related causes.

“We have seen an early increase in flu activity in Dallas this season,” said Dr. Philip Huang, the DCHHS director and health authority. "While we cannot predict the severity or duration of the flu season from year to year, the best way to protect yourself and others is to get your flu vaccine.”

The DCHHS has also reported the flu-related deaths of a 79-year-old Irving resident with pre-existing medical conditions, as well as a 36-year-old Dallas resident.

“Seasonal influenza is responsible for approximately 200,000 hospitalizations and thousands of deaths annually in the United States,” according to Tarrant County Public Health. 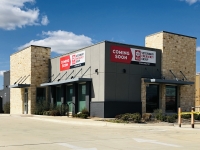 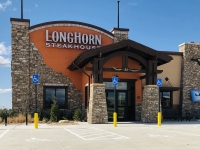