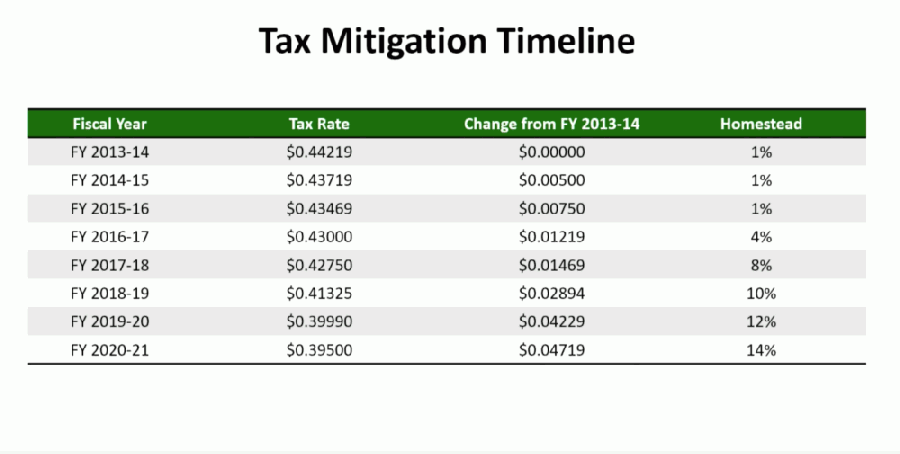 “We have to adopt by law by Sept. 27,” Keller Finance Director Aaron Rector said. “We’ve done a good job with tax mitigation and trying to lower the rate. This year, if we adopt as proposed, we would not have to ratify.”

To trigger a voter-approved rate election, council would have had to approve a maximum tax rate of at least $0.417588, Rector said.

Instead, Keller residents will see a decrease to the tax rate for the eighth straight year, according to Mayor Pat McGrail. Since FY 2013-14, the property tax rate in Keller has decreased by nearly five cents from a high of $0.44219.
RELATED STORIES

• Home sales continue to increase in Keller-Roanoke-Northeast Fort Worth

As a result, the average property tax bill is expected to decrease from $1,407 per year to $1,390 per year, Rector said.

“Looking at what occurred between 2014 and now, [there is] about a $300 reduction to the average tax bill,” Rector said.

If council adopts a maximum tax rate of $0.395 per $100 valuation, the maintenance and operations rate, which accounts for general fund activity, will account for $0.32419, a slight decrease from the previous year, he said.

Meanwhile, interest and sinking, or the rate for debt service, will account for $0.07081, which represents about a half-cent decrease from the current rate, Rector said. 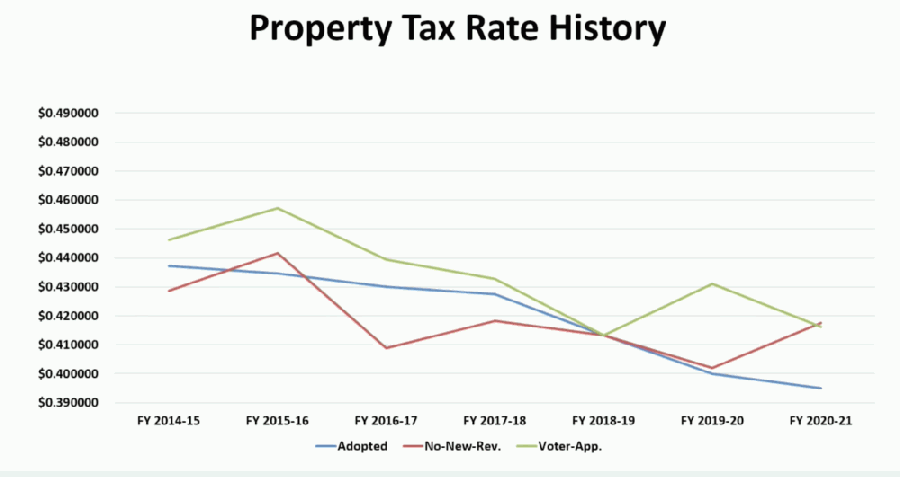