Residents can expect mailers to arrive by mid-March requesting they participate in the 2020 census. (Courtesy U.S. Census Bureau)

For the 24th time in the history of the United States, as mandated by the Constitution, the federal government will conduct a count of every person living in the 50 states, the District of Colombia and U.S. territories.

The census count will be conducted April 1. It will determine where billions of dollars are allocated for schools, roads, hospitals and other community resources. Results also determine redistricting for state and federal legislatures and how many seats Texas will have in the House of Representatives.

“This is the first year where it’s going to be done online, mostly,” said Chris Carathers, a census volunteer in the Roanoke area. “In March, everyone will get a card sent to their house with an easy questionnaire.”

According to the U.S. Census Bureau, the 2020 census will ask recipients how many people are living or staying at their home as of April 1, 2020, whether the home is owned or rented and the age of each person in the household.

The census will not ask recipients for a social security number, donations, information on behalf of a political party or bank or credit card numbers, according to the bureau’s website.
RELATED STORIES

INTERACTIVE: Find out what Keller, Roanoke and northeast Fort Worth businesses are doing to remain open throughout the coronavirus outbreak 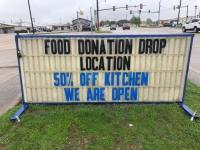 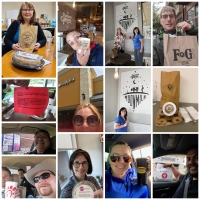 “The census bureau is ready for the nation to respond next month,” U.S. Census Bureau Director Steven Dillingham said in a bureau news release.

“The invitations will remind respondents to include everyone living in the household, whether they are related or not. This includes young children,” he said. “Your response will impact communities for the next decade.”

The 2020 census will include a Census ID and instructions to respond online or by phone, the release said. Instructions are expected to arrive between March 12-20, along with a paper questionnaire for less populated areas of the country.

The census bureau will send at least four reminder letters and postcards between March 16 and April 27 if recipients do not respond, the release said. 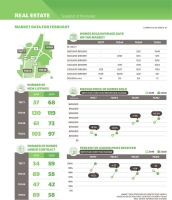 The median price of homes sold increased in parts of Keller, Roanoke and northeast Fort Worth from February 2019 to February 2020.

Stay-at-home orders were issued by Tarrant County and Denton County officials in an attempt to reduce social contact and limit the strain on the local health care system. 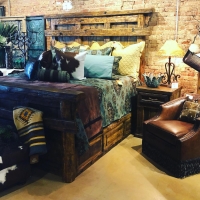 The store specializes in handcrafted furniture and interior design services.

Ongoing and recent transportation projects in Keller, Roanoke and northeast Fort Worth

A number of transportation projects are ongoing or planned in Keller, Roanoke and northeast Fort Worth.