While guidelines for the 2020-21 school year are still being determined by the Texas Education Agency, officials with Keller ISD are taking a conservative approach to the district budget.

“The budget is the result of months of work by the Keller ISD Finance Department, district and campus administrators, and the Board of Trustees,” according to a district news release. “Board members have discussed the information in a number of budget workshop sessions leading up to the final vote.” 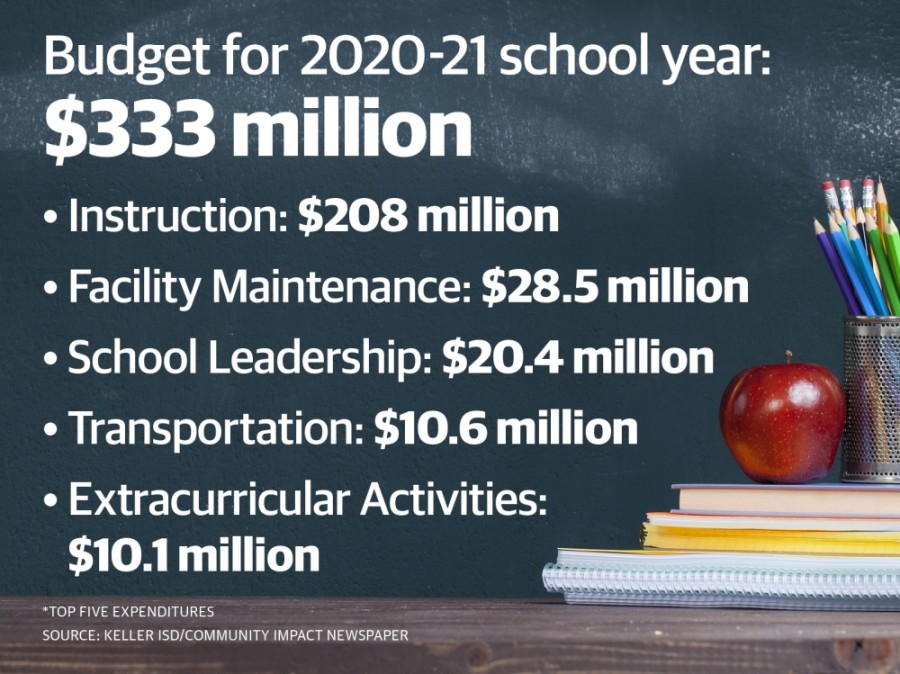 Passed unanimously, the budget reflects local, state and federal revenue, including $220 million in local property taxes based on a $1.4084 per $100 property valuation set by the Tarrant Appraisal District.

• How to keep your pets safe on July 4

Other on-campus expenditures, such as school leadership and counseling positions, are equal to an additional 10.75% of the budget, or more than $35 million. As a result, more than 75% of the budget is dedicated to student instruction and services, Youngs said.

“The myth that all the money goes to high-priced administrators is false,” he said.

Other notable expenditures planned for the 2020-21 school year include $8.3 million, or 2.51% of the budget, on general administration.

The district will also dedicate 3.06% of the budget or $10.1 million to extracurricular activities, which represents a 13.85% decrease in spending year over year.

Keller, Roanoke and Fort Worth have each experienced population growth of at least 67% in the past 20 years.

Four transportation updates for Keller, northeast Fort Worth in October 2021

Work is ongoing at Harmon Road, Kroger Drive and N. Riverside Drive in northeast Fort Worth.

Alongside the fashion boutique, Social Rose—which has been open for five years now—also hosts a variety of events, such as wine nights, book club meetings and more.

With $3.5 million going toward 3,000 sidewalk repairs, Keller Mayor Armin Mizani said the goal is to complete the work by the fiscal year’s end.

After hours of deliberation, Keller City Council approved a zoning change to allow construction of a luxury residential community to be built at 1301 Rufe Snow Drive.

Garabedian Properties, a custom home building company based in Southlake, will open an office in Roanoke at the end of 2022.