The Charles Schwab headquarters in Westlake is one of several developments in the AllianceTexas and north Fort Worth area expected to come online in 2021. (Courtesy Hillwood)

A 27,000-acre, master-planned development by Hillwood, the AllianceTexas region of north Fort Worth continues to drive the local economy. 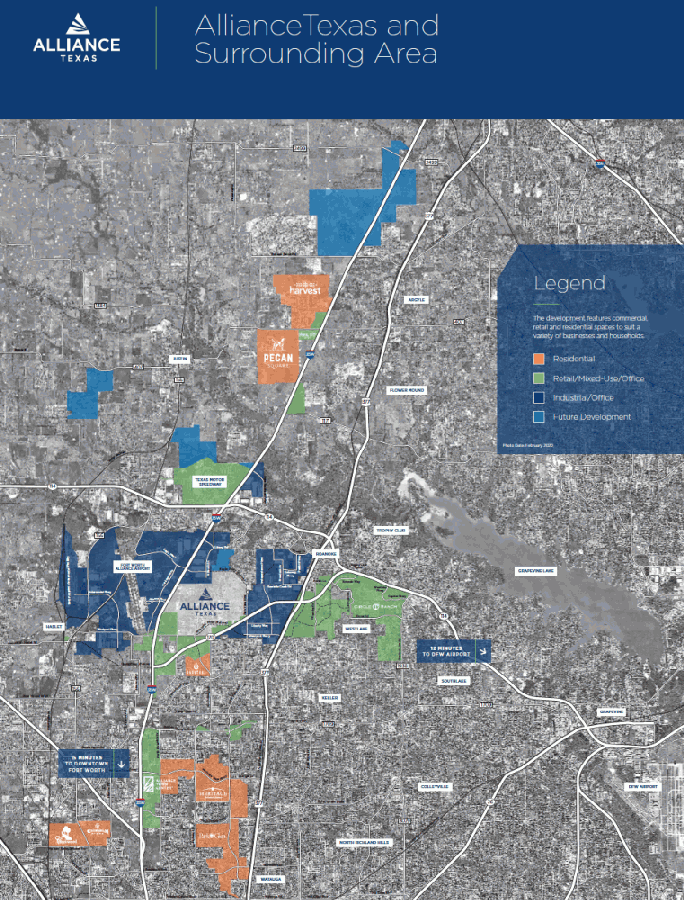 During the past three decades, developments within the AllianceTexas region have also contributed more than $2.82 billion in taxes to local entities, including the cities of Fort Worth and Roanoke, Keller ISD and Northwest ISD, the report stated.

“While 2020 will certainly be remembered as one of the most challenging years ever for business, the three decades of partnership and collaboration between the private and public sectors has resulted in remarkably diverse economic success story,” Hillwood President Mike Berry said in a company news release. “We’ve continued to focus on sound development fundamentals while embracing new and innovative technologies that drive efficiency for our customers."

Hillwood officials also noted despite the effects of the coronavirus pandemic, the AllianceTexas region surpassed its 2019 economic output by more than $1 billion.

"Though we all have experienced significant difficulties during the past year, AllianceTexas continues to prove its sustainability as an economic engine for the state of Texas and a place where business can thrive during the toughest of circumstances," Berry said in the release.

Hillwood officials also recognized ongoing investments in the region, such as the Alliance Connector project, which will reconstruct portions of I-35 W., SH 170 and Haslet Parkway to improve mobility in the area.

Other high-profile projects, such as Truck Yard; the AllianceTexas Mobility Innovation Zone; and Fort Worth Alliance Airport, a public-private partnership between Hillwood and the city of Fort Worth, will continue to increase the region's economic output, officials said.