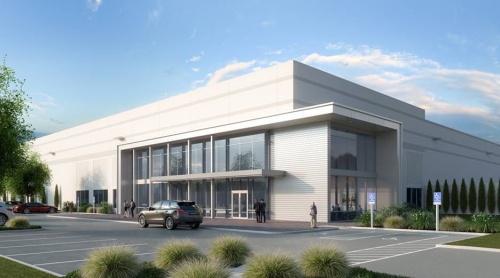 Callaway Golf Co. announced plans Aug. 1 to open a 783,465-square-foot distribution center at the AllianceTexas development in northeast Fort Worth.

Callaway designs, manufactures and sells golf equipment, accessories and other lifestyle products. Its new distribution hub is roughly four times the size of its existing building, according to a news release, and will allow the company to consolidate its fulfillment operations in North America.

“Our new, larger distribution center gives us the ability to bring our family of brands under one roof to better serve our customers,” said Brad Barnett, senior director of operations at Callaway Golf Co., in the release.

The hub is expected to open in early 2020 in Alliance Center North 3. Hillwood, the developer behind AllianceTexas, opened the building last summer to offer additional industrial space for new and existing companies at AllianceTexas, according to the release.

The hub will bring “a significant number of jobs” to the development, the release added, but an exact number was not disclosed.

Callaway announced its hub just months after Mercedes-Benz Financial Services held a grand opening in May for its new Fort Worth Business Center in AllianceTexas. The 200,000-square-foot, four-story facility houses an estimated 900 workers and could grow to accommodate another 100 employees.
SHARE THIS STORY