Tarrant County Public Health has confirmed 231 new coronavirus cases in the county in the past 24 hours. (Community Impact Newspaper staff)

As of Aug. 20, the level of community spread of the coronavirus remains "substantial" in Tarrant County, according to public health officials.

Tarrant County Public Health has confirmed 231 new coronavirus cases in the county in the past 24 hours.

Since public health officials began tracking the virus in mid-March, a total of 39,053 cases have been confirmed in Tarrant County, including 478 deaths and 32,129 patients who have recovered. 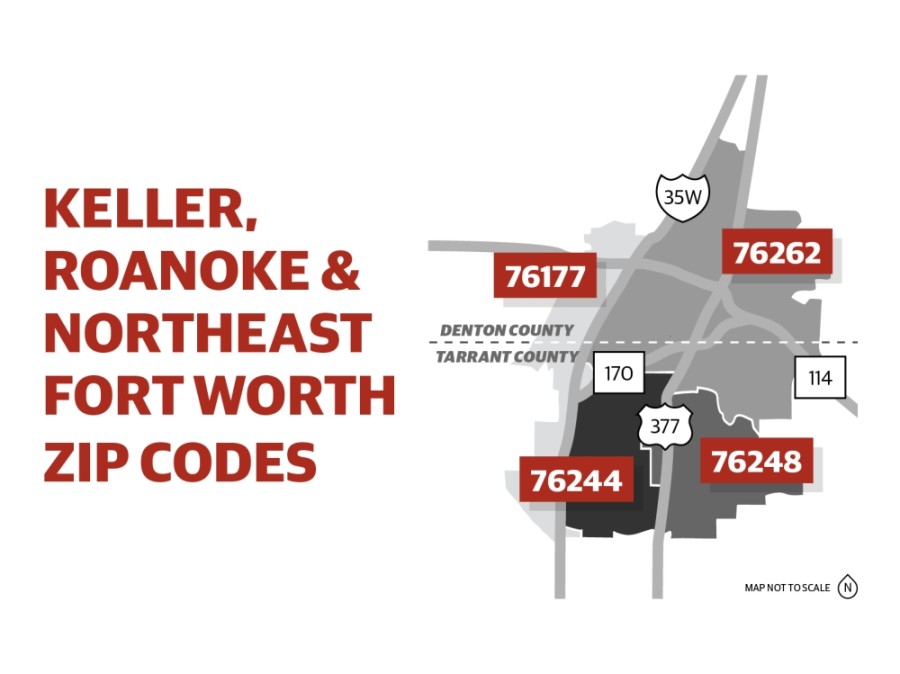 Among ZIP codes in the Keller-Roanoke-Northeast Fort Worth area, 76244 has the greatest number of new confirmed cases with 131 reported between Aug. 10-20. That brings the total number of cases in that ZIP code to 780, which represents a rate of 198 cases per 100,000 residents during the past 30 days.

As of Aug. 20, Denton County Public Health officials have confirmed a total of 8,690 cases of COVID-19 within the county, including 90 deaths and 5,981 patients who have recovered.

According to state health officials, several commercial laboratories recently submitted a backlog of test results, resulting in higher case counts in some areas of the state. One result was an additional 16 COVID-19-related deaths reported in Tarrant County on Aug. 19, including six deaths from June and July, according to TCPH.


Among the key indicators to watch, health experts have said, is the number of hospitalizations. As of Aug. 20, Tarrant County health numbers indicate a total of 362 lab-confirmed COVID-19 patients are hospitalized in the county. According to TCPH, there are 222 occupied ventilators and 554 available ventilators in the county.

In Denton County, as of Aug. 19, there are 51 hospital beds occupied by COVID-19 patients, according to DCPH. In addition, there are 85 ventilators occupied and 218 ventilators available within the county.