City of Roanoke to celebrate Fourth of July with virtual event

While many cities have cancelled events completely or opted for fireworks-only shows with no audience, the city of Roanoke is taking a different approach to the July 4th holiday.

The city has partnered with a professional production company to create an entirely virtual holiday event called Roanoke’s Virtual 3rd of July. The event will take place as a virtual broadcast at 7:30 p.m. July 3 on the city of Roanoke website and social media platforms. 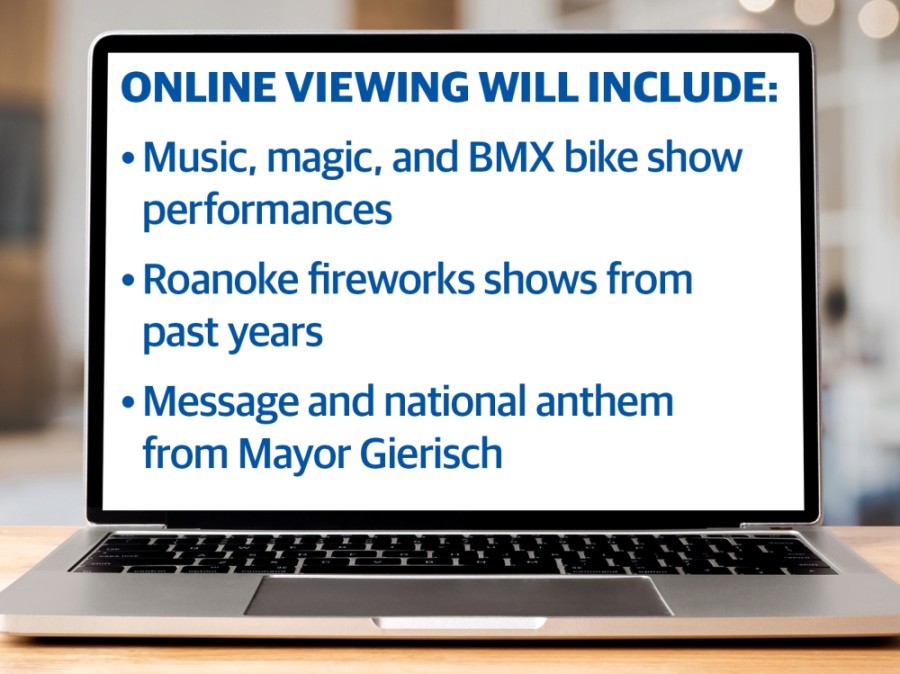 “We didn’t want to have a July 4th where we had nothing,” Roanoke Mayor Scooter Gierisch said. “We’d rather have something, even if it is virtual.”

The virtual event will feature a compilation of city of Roanoke fireworks shows from past years, along with a mayoral message and a rendition of "The Star-Spangled Banner" by Gierisch. In addition, city officials hired contractors and entertainers that were originally booked for the Roanoke Roundup and other events, Special Events Coordinator Mary Jo Tellin said. As a result, the broadcast will include performances by Journey tribute band ESCAPE, a BMX bike show from Lonestar Action Sports and a magic performance by Kendall Kane.

“It’s great to be able to bring them some piece of business,” Tellin said. “They all did a great job.”
RELATED STORIES

• Stevie’s Diner reopens for business in Northeast Fort Worth

According to city spokesperson Morgan Roundy, the best way for Roanoke and area residents to tune in is through the city of Roanoke YouTube channel. Options will also available via the city’s website and Facebook and Twitter platforms @CityofRoanokeTX.

For those who cannot watch the event live, a link will be available to watch on-demand, Roundy said.

“Virtual events are in the formula for the future,” Tellin said. “People are getting used to it and comfortable with it.”

In past years, Roanoke's July 4th celebrations have drawn 10,000-15,000 people, and that amount of people would not be feasible under current COVID-19 restrictions, according to city officials.

The city also wanted to take a conservative approach during a time when many businesses are struggling, Gierisch said.

The indoor playground also serves as a party venue.

The Metroport Chamber of Commerce has relocated to 381 W. Byron Nelson Blvd., Roanoke, with an 8,000-square-foot office space.

Alex's Pizza and Pasta now open in Fort Worth

The restaurant serves a variety of pizzas, entrees, desserts and more.

City Council approved a specific use permit for the business May 4.

The feasibility study is part of a 16-month trial period for Keller and Westlake.

The report by Ray Perryman's firm said that highly educated and highly skilled workers typically don’t choose to live in areas where voter access is limited.

Infrared Mind and Body now open in Fort Worth