Keller ISD is entrusting voters to decide on its proposed $315 million bond package in this upcoming general election. Early voting began Oct. 21 and will last through Nov. 1.

The school district began the process of assessing facility needs about nine months ago, KISD Superintendent Rick Westfall said. The efforts of about 260 community members resulted in KISD’s long-range facilities plan containing 66 projects. The plan serves as a guiding document, but the listed projects are not guaranteed.

“One of the questions we asked the group that met for the long-range facility plan is: As as a community, what do you see as the vision for the future of Keller ISD—the vision for what you want the educational experience to be?” Westfall said.

A citizens bond advisory committee then met three times over the summer and ultimately selected 11 projects from the plan to include in the upcoming bond referendum. The board of trustees approved these 11 projects at its Aug. 12 meeting, according to previous reporting by Community Impact Newspaper.

The school district would also be rebuilding Florence, Heritage, Parkview and Whitley Road elementary schools. These four campuses scored the lowest based on an educational adequacy index, according to the KISD long-range plan.

If approved, the bond would also mean additions and renovations for Keller and Fossil Hill middle schools; a new industrial trades and agriscience center; and indoor, extracurricular program facilities at the four main high schools.

To pay debt and issue the bonds, the school district will rely on its interest and sinking tax rate—which makes up one part of the district’s total tax rate. The other part of the total tax rate is used for operational costs.

KISD’s current interest and sinking tax rate of $0.34 per $100 valuation is not expected to increase to finance this bond package, Westfall said.

If it passes, the $315 million bond will not be issued all at once, according to previous reporting by Community Impact Newspaper. KISD Chief Financial Officer Mark Youngs said the district would issue bonds over the next three years as the district prepares to work on each project.

Westfall said he is dedicated to educating the community so it can make an informed decision.

"Anything we do, we're here at the service of the community. ... And now it's just making sure people understand what's in the bond and how it's going to be financed so that they can make an informed decision, one way or the other," he said.

More information about the proposed bond is available here.
SHARE THIS STORY 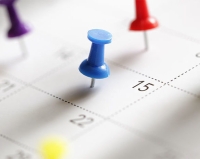