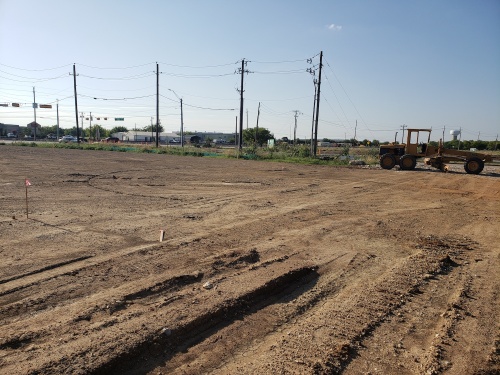 Roanoke City Council has paved the way for the construction of a mixed-use development that would bring a hotel and thousands of square feet of retail, restaurant and office space to the city.

City Council approved at its July 9 meeting the final plat, or site plan, for Roanoke Village. The initial site plan was first approved in January.

The final plat approval was required before city staff and the project’s developer, Newstream Land Partners, can begin preconstruction meetings. Construction could begin after those meetings.

The 6.25-acre project is set to be built at the southeast corner of Parish Lane and US 377. Plans call for five buildings. One will be a 128-room SpringHill Suites hotel; one will be a medical building; one will be an office building; and two will have retail and restaurant space.

Newstream started foundational work at the site in April, said Troy Lewis, vice president of development with Newstream Construction Services. Construction could begin by this fall, he added.

There is no timetable on when construction could be completed, Lewis said.

“The project will be a destination within itself, with connectivity to downtown [Roanoke] as well,” Roanoke Assistant City Manager Cody Petree said. “The hotel will be within walking distance of stores, restaurants and other amenities. This area is one of the ‘front doors’ into the city, so it’s great to see [the project] planned out so well and aesthetically pleasing.”

This is the second set of plans for mixed-use development approved by Roanoke City Council in the last month. At its June 11 meeting, council greenlighted Magnolia Oak Street, a three-story project set to be constructed on 2.01 acres at 601 N. Oak St. in Roanoke.

Plans call for 78 residential units and 5,070 square feet of retail space. The project will also include 16 live-work units that combine living and work areas into a single unit.