When Roanoke Pharmacy and Gift Shop owner Scott Palmer first opened his store 22 years ago, he made sure that the customer experience at his business was all about the individual.

“[The chain stores] all talk about customer service. What does that mean?” Palmer said. “For me, that means that you are an individual, and I care about you, and not just you and the prescription you're coming to pick up. But you and your husband, and your children.”

Palmer began his career as a pharmacist in 1976, working for Kmart Corp. After leaving the company in 1997, he opened Roanoke Pharmacy and Gift Shop in October 1999. 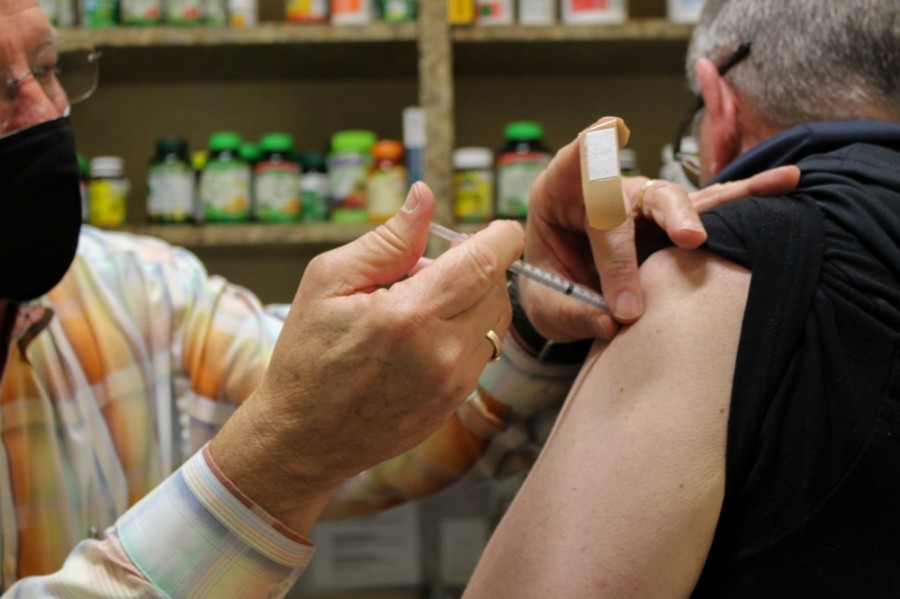 “Originally Kmart was operating an independent pharmacy inside of a giant store. After the original president of Kmart pharmacy retired, it became more corporate,” Palmer said. “At that point in time, I thought I could do a better job as an independent in providing what the community needs.”

Since opening his pharmacy 22 years ago, Palmer has seen his business grow, from providing 50 prescriptions a day to providing around 350 a day.
RELATED STORIES

However, competition quickly settled nearby—within six months of opening the pharmacy, chain stores such as Tom Thumb, CVS and Walgreens began opening within a 3-mile radius of the store. Despite the competition, Palmer said his pharmacy continues to be successful.

“We got our biggest increase after Walmart. Everybody was worried that they were gonna run us out of business,” he said. “[The chains] don't look at me as competition. So, if they don't have something, [...] they're going to send them to me. If you come in here, and we treat you like people, why would you go back there?”

Another aspect of Roanoke Pharmacy and Gift Shop’s business model is the gift shop adjacent to the pharmacy. Palmer said the gift shop was his wife’s idea.

“My wife takes care of that. I designed the little pharmacy; she designed everything else,” Palmer said.

Roanoke Pharmacy and Gift Shop has recently been one of the few vaccine locations in the city currently offering doses for people in Phase 1B. Palmer received the first shipment of vaccine earlier in January—100 doses of the Moderna vaccine, which were gone in three days.

“I know many of the people in my community that need it, and I will reach out to them," Palmer said. "We'll set up times, and we'll get it done. As it becomes more available, we can release it out to more and more people and just do it on a bigger scale."