Owner says dancing, performing helpful in ‘all aspects of life’ 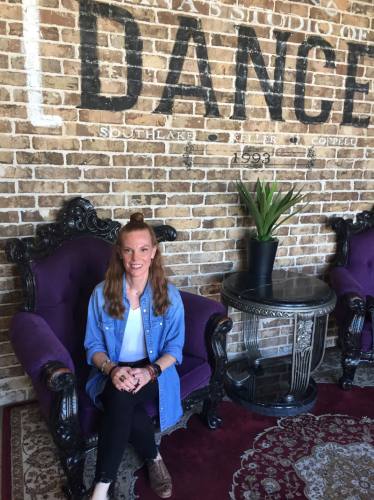 Owner Dana Bailey has grown her business from a small studio to several locations, including the one in the Alliance/Keller area.

Growing up in Fort Worth, Dana Bailey developed a love for dancing and performing. But her parents convinced her to have something to fall back on, “just in case,” she said, so she chose a more practical major at Texas Christian University.

She never needed that backup plan.

Bailey opened a small dance studio in 1992 in Southlake. Her  business acumen helped her parlay that single studio into a chain of studios that has become a major force in the area, with a reputation that extends well beyond.

Dana’s Studio of Dance now operates studios in the Keller/Alliance area, Coppell and Southlake. She also operates a private performing arts school at the Southlake location.

With a crew of more than 40 instructors, her studios have trained thousands of students—both girls and boys—in all types of dance, including ballet, jazz, hip-hop and acrobatics. Classes are available at varying skill levels for students from ages 2 1/2 to 18.

Bailey opened a studio in the Keller/Alliance area about 10 years ago and built a new building for the program about five years ago. With exposed brick and steel in the dance studios, the building is meant to be reminiscent of New York City dance spaces, notably in the film “Fame.”

The design of the building also makes it possible to suspend the silk strands from the ceiling for a unique aerial acrobatics class, Bailey said.

Also at the Keller/Alliance location, Bailey’s son, Pierce, runs an acting studio to train youngsters to perform in television, film and theater.

Being in business nearly 27 years, Bailey said she now finds her current crop of students includes children of former students.

Some of her former students have gone on to careers on Broadway or have appeared in television shows, such as “So You Think You Can Dance,” “Dancing with the Stars” and “America’s Got Talent.” Several others have become Dallas Cowboys cheerleaders.

But many students take dance classes just for enjoyment and for the more intangible benefits, she said.

“There are truly life lessons here beyond the love of dance,” Bailey said. “Dancing and performing is confidence-building, which is helpful in job interviews, job situations, college and all aspects of life.”