What is happening on the SH 114 frontage road near the Southlake hospital? 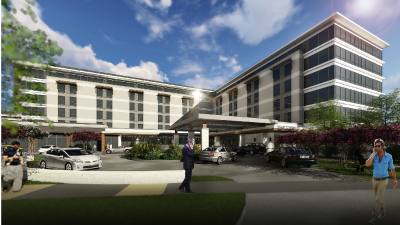 A six-story Delta Marriott was approved by Southlake City Council.

In April, the Texas Department of Transportation approved a lane closure on the SH 114 eastbound frontage road in Southlake. The far right lane of eastbound SH 114 will close for the construction of a new deceleration lane for two new entrances for the new Delta Marriott Hotel being built at that site. This lane is expected to be closed for the next five months.

The hotel developers were granted a permit for the closure, a city of Southlake news release stated. The hotel will be located at the southeast corner of North White Chapel Boulevard and SH 114.

Construction vehicles will be entering and exiting the area for both the hotel development and the work being done on North White Chapel and Highland Street. City officials advised drivers to use caution when traveling through the area.

For additional news about this and other projects, visit www.cityofsouthlake.com.
SHARE THIS STORY

The B-12 Store sells vitamin shots and is planning to open a location in Grapevine in July.

Persimmons Bar & Grill will be managed by Coury Hospitality and will be the company's third venture in the city of Grapevine.