Grapevine-Colleyville ISD trustee Jesse Rodriguez announced Dec. 16 he will not seek re-election in May.

During his time on the board, Rodriguez played a role in opening iUniversity Prep and Collegiate Academy, passed three bond elections, earned the designation of 2018-19 Honor Board for the state of Texas and led the district through its strategic plan, he said.

Rodriguez’s seat will be filled following May elections. He encouraged anyone who had interest in running for his seat to do so “for the right reasons.”
RELATED STORIES 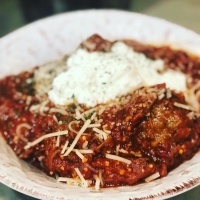 “Your main role and responsibility as a trustee is to provide every student in GCISD with the necessary tools and resources to be successful, not just for college, career, or the military, but for life,” he said.
Tags: Grapevine-Colleyville ISD Board of Trustees , Jesse Rodriguez , May Elections
SHARE THIS STORY

The Grapevine Chamber of Commerce is hosting an online webinar on how to qualify and apply for Small Business Administration’s Economic Disaster Loan 1 p.m. March 30.

The Grapevine and Colleyville police departments are receiving more calls related to what activities are permissible under Tarrant County’s executive order to stay at home.

On any given day, Grapevine Main Street is usually bustling with tourists coming into town or passengers on layovers from the Dallas Fort Worth International Airport.

Parents enrolled in the Carroll ISD prekindergarten program will receive a 50% discount on tuition in light of school closures due to the coronavirus, or COVID-19.

Ken Schnitzer will retain ownership of Park Place Dealerships, including two in Grapevine