The Grapevine Police Department received approval from Grapevine City Council on July 16 to apply for a grant that would reimburse the department for police equipment.

The GPD had received notification that the department was eligible for grant funding to reimburse the department for the purchase of certain qualifying equipment.

The grant comes from the Criminal Justice Division of the Office of the Governor of the State of Texas, according to meeting documents. The Justice Assistance Grant assists police agencies with the purchase of specialized equipment.

"The purpose is to support projects that promote public safety, reduce crime and improve criminal justice," Grapevine Police Chief Mike Hamlin said to the council. "Our request appears to have ranked high enough for full funding this year."

With this grant in mind, the GPD plans to purchase two pieces of qualifying equipment, he said.

The first is a portable forensic light source that would aid police investigators with locating biological and physical evidence at the scene of a crime by using multiple light wavelengths. The forensic light equipment the department currently has is not portable, Hamlin said.

Purchasing these two pieces of equipment would cost $24,000, according to meeting documents. Once the GPD purchases the equipment and sends the required documentation to the managers of the grant program, no further action of the city will be required.

"Our ability to collect evidence is always significant, and what this does is this simply raises the bar," Hamlin said.

He said he was not aware of any other police departments nearby that have this type of equipment.

"If we are indeed the only agency around that has these items, then we will certainly provide that assistance to [other agencies] if they request it," he said.
SHARE THIS STORY

A new Fajita Pete's location is undergoing construction and is expected to open in September at 711 E. Southlake Blvd., Ste. 100, Southlake.

The number of homes listed for sale decreased in Grapevine, Colleyville and Southlake in June when compared to the same period in 2019. 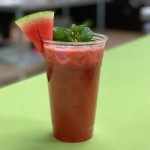