The team’s name will be announced in the next few days, according to an IFL news release.

“We are super excited about doing business in Frisco, Texas,” Jessica Germain said in a statement. “We literally could have placed this team in any city in the country, and we chose Frisco because of its people, its reputation as Sports City U.S.A. and just because there is so much excitement and energy in and around the city. Frisco is a spectacular area, and the people of Frisco deserve this exciting sport.”

The league will have 13 teams in the 2020 season with the addition of the Frisco team.
RELATED STORIES

“Make no mistake, we have extremely high expectations,” said Stephen Evans, the Frisco team’s president and general manager. “As you will soon learn, our management team and our coaching staff are collectively approaching 100 years in the indoor football game. We've won championships, but most of all, we've successfully assimilated the local community wherever we have been, and we look forward to doing so here in Frisco.”

The IFL was created in 2008 and, with the addition of the Frisco team, has teams in 10 different states.

Indoor football team Texas Revolution, which was once an IFL team, was playing in Frisco up to this year. The Champions Indoor Football league board of directors terminated the team's league membership in the spring.
Indoor Football League frisco
SHARE THIS STORY

Lindsey has been involved in newspapers in some form since high school. She graduated magna cum laude from the University of Texas at Arlington in 2014 with a degree in Journalism. While attending UTA, she worked for The Shorthorn, the university's award-winning student newspaper. She was hired as Community Impact Newspaper's first Frisco reporter in 2014. Less than a year later, she took over as the editor of the Frisco edition. Since then, she has covered a variety of topics and issues important to the community, including the city's affordable housing shortage, the state's controversial A-F school accountability system and the city's "Bury the Lines" efforts.

Frisco Chamber of Commerce to livestream State of the City event

The Frisco Chamber of Commerce will offer a free, public livestream of its State of the City panel discussion set for July 14.

Plan to widen Coit Road in North Frisco in the works

Construction on the $4.2 million project could begin as early as October 2021. 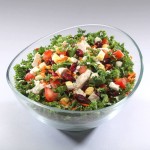 Chop Stop is expected to open in August on Parkwood Boulevard.

A coronavirus outbreak among the front office staff of the Frisco RoughRiders has prompted the cancellation of the July 3-5 series at Dr Pepper Ballpark for the temporary expansion team in the Texas Collegiate League.