The Gate hotel and condo project will be 28-30 stories and is set to open in 2024. (Rendering courtesy JMJ Development)

contribute today
Construction for “the tallest building in Frisco” could begin at the end of this year, according to JMJ Development officials.

Both a luxury hotel and condos are in the works for the 28-story building located within The Gate development along the Dallas North Tollway, said David Messersmith, director of hospitality for JMJ Development. The Dallas-based developer purchased the land from Dubai-based Invest Group Overseas in February.

“I think there’s a great opportunity in Frisco to enhance the skyline with something differentiating and significant,” Messersmith said.

One or two more stories could be added as JMJ Development irons out programming for the building, he said.

The developer is still negotiating with the hotel brand, Messersmith said, but he added it would be one internationally recognized and known for its spas.
RELATED STORIES 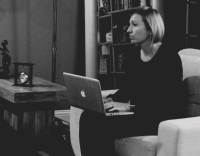 Messersmith said an 8,000-square-foot spa with massage and water treatments will be the “key feature” of the hotel.

“This will not be your typical hotel spa,” he said. “This will be a very high-end spa.”

The project expects to open in 2024, Messersmith said, and will address a current gap in Frisco’s luxury offerings.

“The luxury sector was just not being addressed here in Frisco,” he said.

The demand for luxury accommodations is expected to increase as Frisco welcomes more new business and corporate relocations, Messersmith said.

The building will hold about 230 hotel rooms, 70 condos, and 15,000 square feet of office space and signature restaurants, Messersmith said.

The amenity deck where the pool will be located will have 360-degree views of the city, he said.

“The property, I think, will be used heavily not only for guests but also the local citizens,” he said.

The project is expected to surpass Frisco’s current tallest building, the 25-story, high-rise apartment community SkyHouse Frisco Station, which is also located in The Gate.

Visibility from the tollway was a big factor for JMJ Development taking on the project, he said.

Messersmith said this project will aim to bring new features and amenities to Frisco.

As such, the building is planning to have seven bungalows on the amenity deck across from the pool. Two of them will have their own splash pool, Messersmith said.

“It would be great use for families who want to get away,” Messersmith said, “[and] also great for executives who need a space or need something a little more private to use, almost as a hospitality suite.”
Tags: Frisco , Frisco Development , JMJ Development , Dallas North Tollway , David Messersmith , The Gate , SkyHouse Frisco Station , Invest Group Overseas
SHARE THIS STORY

The board will convene for the special meeting via video conference April 1 at 10 a.m.

Latest in Frisco: Frisco ISD schools to remain closed until May 4