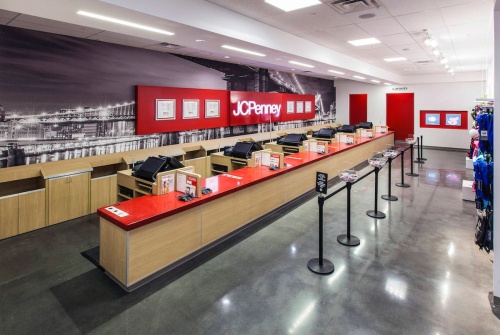 Plano-based J.C. Penney Co. is planning to close 130 to 140 stores and two distribution centers as the increasingly online-retail-focused company aims to invest capital in fewer storefronts.

In all, 13 percent to 14 percent of the company's stores are slated to close in the second quarter of 2017, resulting in an undisclosed number of layoffs and the initiation of a voluntary early retirement plan for 6,000 employees, according to a company statement released Friday.

"We believe closing stores will also allow us to adjust our business to effectively compete against the growing threat of online retailers," Chairman and CEO Marvin R. Ellison said in the statement. "Maintaining a large store base gives us a competitive advantage in the evolving retail landscape since our physical stores are a destination for personalized beauty offerings, a broad array of special sizes, affordable private brands and quality home goods and services."

The company plans to release a list of closures in mid-March after it notifies all affected personnel.

In Frisco, the only J.C. Penney store is located at Stonebriar Centre, 2607 Preston Road.

J.C. Penney said it would close relatively low-performing stores or those that would require substantial capital investments to conform to the company's new branding standards. The stores targeted for closure total less than 5 percent of total annual sales, the company reported.

The company announced it will initiate a voluntary early retirement plan for 6,000 employees, which exceeds the number of full-time positions affected by the store closures, Ellison said.