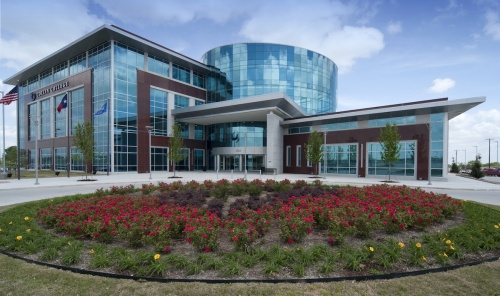 During its regular board meeting Dec. 11, Collin College board of trustees voted 5-4 to make changes to its board policy to allow certain school staffers to carry a firearm and neutralize active shooters on campus.

This is a controversial move, that is the latest in a nationwide issue as leaders try to figure out how to respond to the growing number of school shootings and mass shootings. Some believe more guns are not the answer, like board member Stacey Donald.

“In interest of our students, faculty, staff and community I cannot in good conscience vote into place a measure that more deeply imbeds guns and gun violence into our everyday lives,” Donald said.

The school marshal program was passed by the 83rd Texas Legislature in 2013 for public school districts; the 84th Legislature passed Senate Bill 386 to include community colleges in 2015. No colleges have implemented the program.

“This has to do with providing a safe and secure environment for our students,” said Kenneth Lynn, Collin College chief financial officer and vice president of administrative services.

Since August 2017 all community colleges were required by state law to permit licensed gun owners to carry concealed firearms in certain campus buildings.

Lynn explains that the program would add another layer of security by having designated school marshals at each of the college facilities; so if an active shooter situation were to occur there would already be trained personnel there ready to respond while police officers make their way to the location.

According to the policy, eligible staff members would need to hold a valid license to carry, be a full-time employee, pass a licensing state exam, undergo a psychological examination and complete a prerequisite commission training. All eligible staff would also need to undergo background checks.

Lynn said insurance liability for each school marshal could cost anywhere between $4,000-$5,000.

Every decision will need board approval such as appointments, budget and insurance plan.

The timeline for the implementation of the program is to be determined, Lynn said.

“We’ll go through the process, and we’ll take whatever time is necessary to develop the program effectively and appropriately,” Lynn said. “Also keep in mind that it takes a lot of time to do these background checks on the school marshals, so it could take a couple of weeks to just do one person. So if we have 10, 15 or 20 signed up that’s a lot of manpower to vet these candidates.”

The school marshal program is implemented in 170 public school districts across the state and remains a controversial issue that sparked a debate among board members as well as community members.

Nine people spoke against the school marshal program during public comment, some of whom were students, teachers, veterans and parents. Several spoke about how the program would open up the college to liability issues and also put students and staff at increased risk.

Board member Mac Hendricks was in favor of the program and said there was still a step-by-step process before implementing the program.

“I know when I came on the board almost 15 years ago, this was not an issue, and it’s not something we relish, but it is an issue now,” Hendricks said. “[In an active shooter situation] most people get killed in the first few minutes or even seconds, and then by the time professionals get there it’s all over. .. But what [this program] will do is train someone to take action during that little window of opportunity to save a lot of lives.”

Collin College Police Chief Bill Taylor shared the same sentiment and also stated that the law enforcement would provide training to these individuals, and they would know who they were.

Other board members, such as Adrian Rodriguez and Raj Menon, voted against the policy changes because they said they felt there was still too many unanswered questions and they would rather not rush the process.

Donald also said there has not been a great effort to be transparent about the issue to the community or to solicit more community feedback.