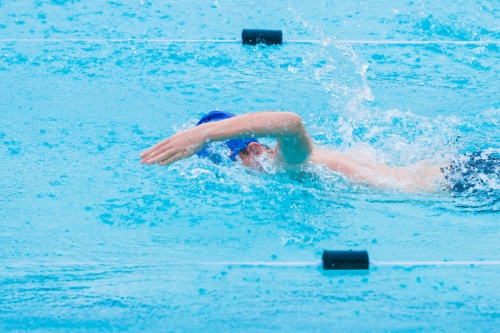 The Apex Centre is one step closer to undergoing an expansion.

McKinney City Council approved a resolution July 16 authorizing a contract with Brinkley Sargent Wiginton Architects for architectural and engineering services for an expansion and renovation of the Apex Centre.

The Apex Centre, located at 3003 Alma Road, McKinney, is a city-operated aquatics and fitness center that includes a pool for competitive and lap swimming, a leisure pool and an outdoor recreation pool.

Within a year of its March 2017 opening, the Apex Centre felt the need for an expansion, said Michael Kowski, director of McKinney Parks and Recreation.

Before the expansion begins, BSW will conduct a feasibility study to determine what renovations are possible and what will work best to meet future demands.

Kowski said the feasibility study may also prove that more than just an expansion is needed, but instead a whole new facility, but that is yet to be determined.

Another study will also be conducted to consider the possibility of a water park addition to the Apex Centre.

BSW’s services will cost about $150,000 and will be funded by the city and the McKinney Community Development Corp.

In late July, a meeting with city staff will be held to discuss a timeline, goals and expectations for the project before kicking off the study.

According to the project proposal, design work will begin within 145 days of study’s start date.
SHARE THIS STORY