In wake of settled lawsuit, Richardson ISD residents will get a chance to comment on new electoral maps Jan. 29 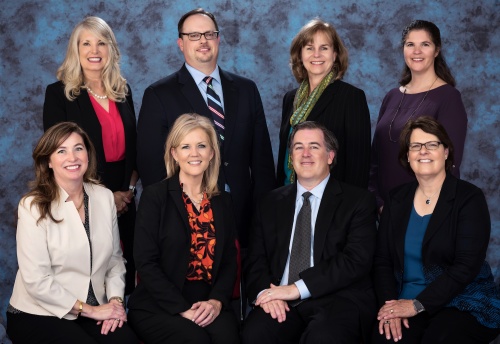 Residents will get a chance to comment on Richardson ISD’s new electoral maps following the settlement of a lawsuit that accused the district of discriminatory practices.

At the heart of the suit was the claim that an all-white board representing a majority non-white district created educational disparities.

After a year of negotiations with plaintiff and former trustee David Tyson Jr., the district agreed that five of its school board members will be elected to represent single districts, while two will oversee the district as a whole.

The district announced it will postpone its May election to determine new single-member district boundaries. Maps for the districts are in draft form and expected to be released on RISD’s website the week of Jan. 21,
Board President Justin Bono said.

“Those maps are coming soon, and we are mindful of the community’s concerns regarding traditional neighborhood alliances and alignment,” Bono said in the release.

An opportunity to comment on the maps is scheduled for 6 p.m. on Jan. 29 at the district’s administration building in Richardson. The school board is scheduled to vote on the boundaries at its Feb. 4 meeting. Each single-member district will have about 40,000 residents, according to RISD’s news release.

RISD SETTLES OUT OF COURT

The settlement announcement came Jan. 17 after a closed-door meeting with the board and its attorneys.

Bono described the settlement as “a win for equity in education.”

“From the outset of this lawsuit, our board has said we support more diverse colleagues joining our board,” Bono said. “We are hopeful that a change in this system will be one less obstacle to having minority representation on the board. Diverse points of view are important, which is why we support [more representation].”

RISD trustees have historically been elected at-large, meaning all residents can cast votes for each member. Tyson—the first and only person of color to serve on the RISD board—claimed this practice creates a system that not only favors white candidates but also discourages minority candidates from seeking election.

The move to single-member districts means RISD will seek approval from the federal court judge who oversaw the lawsuit to reschedule its May school board election to November. Incumbent seats held by Karen Clardy, Place 3; Katie Patterson, Place 4; and Eron Linn, Place 5, are set to appear on the ballot. If the move does not happen in time for a November election, Bono said implementation will begin in May 2020.

The restructured system should better serve “voters of color, communities, schools and all RISD students,” Tyson said in a release.

Two of the five new single-member districts will be made up of a majority of eligible minority voters, both Hispanic and black, according Tyson’s lawyer, William A. Brewer III.

“We feel good that this will provide an opportunity for those who have been disenfranchised to participate in the electoral process in a meaningful way,” he said.

The board is responsible for deciding where new districts are drawn, Bono said, but decisions about which districts will move to single-member and which will remain at-large will not be determined until an order for election is called, which for a November election would be in August.

The process to roll out the changes will happen as trustee seats come up for re-election and will therefore be fully implemented in 2021, Bono said.

At the heart of the voting rights lawsuit is RISD’s student demographics, which have shifted to majority nonwhite as the makeup of the school board has remained the same, data shows.

In lawsuit filings, RISD denied allegations that its electoral system neglected the needs of minority students or favored schools on the basis of race.

Several national and Dallas-area school districts, including Carrollton-Farmers Branch ISD, have switched to single-member districts after reckoning with the “inherent representational flaws” that come with at-large election systems, according to the lawsuit.

“There is no legitimate reason to continue along this path,” the lawsuit stated. “The time is long overdue for RISD to adopt a system that ensures that the African-American, Latino, Asian, and other communities have meaningful opportunity for full and fair participation in the election process.”

At the start of RISD’s federal desegregation order—in place from 1970 to 2013—95 percent of students were white. Today, more than 70 percent of the district’s nearly 40,000 students are nonwhite, according to the lawsuit.

Additionally, enrollment data from school year 2018-19 shows 55.5 percent of the district’s students are economically disadvantaged, a standard that is measured by the number of students who qualify for free or reduced lunch.

But even as RISD’s student body has diversified, remnants of segregation remain, a claim that can be backed by the success of a small fragment of high-performing, affluent and predominantly white schools, Tyson alleged.

“The story of RISD is a tale of two school districts where a greater than 60 percentage point achievement gap exists between campuses at opposite ends of the academic spectrum,” the suit stated. “Such disparity between schools in the same district is not inevitable.”

State assessment scores from 2017 are evidence of inequitable distribution of resources between white and nonwhite schools, the suit claimed. It cited eight elementary schools in RISD where 70 percent or more of the students received grades deemed passable by the state on two or more assessment subjects. Those campuses, which include the affluent Prairie Creek Elementary School, are more than two-thirds white and less than 20 percent economically disadvantaged.

“Clearly the present board is failing the children of RISD,” Tyson’s lawsuit stated. “Now more than ever, the district needs a board which reflects the composition of the community it serves.”

If Tyson’s lawsuit had made it to court, expert witnesses were on hand to back his claim that RISD’s election system is unfair.

David Ely, founder of Compass Demographics, found that in two areas the combined Hispanic and black voting-age populations were substantial enough to constitute a majority vote, according to court filings.

Tyson also asked for the opinion of Kenneth Mayer, a political science professor at the University of Wisconsin and expert witness in several voting-rights cases.

Mayer cited several reasons why RISD’s electoral system discourages minorities from seeking office. For one, school board races in RISD have historically been uncontested, and in the off chance that an incumbent faces an opponent, the race is often not competitive, Mayer said in court filings.

“The lack of competitiveness means that incumbents are, for all practical purposes, unbeatable,” he wrote. “… As a rule, the only way newcomers are elected to the board is to run for an open seat.”

Tyson’s election in 2004 is evidence of this trend. He has maintained that his victory was clinched only after a white incumbent retired, according to a Texas Tribune article.

When seats are contested, the result is “almost always a landslide,” Mayer wrote. In May 2017, three white candidates and one Hispanic candidate ran for school board Place 3. Incumbent Karen Clardy emerged victorious with 55 percent of the vote, while Hispanic candidate Ben Prado garnered only 10 percent, data in the suit stated.

The settlement also addressed another lawsuit filed by Tyson that claimed the board violated the Texas Open Meetings Act by deliberating matters behind the scenes rather than in public. As a result, trustees agreed to participate in training that reiterates the rules surrounding board deliberations, something that the board is already required to do annually.

Brewer is confident that training will now be more effective. For one, the settlement stipulates that he and Tyson will designate the person or group responsible for administering the training.

“You can be trained to develop skills in the art of avoiding your obligation ... or you can get training that explains to you the heavy importance of the process when it works directly,” he said.

The lawsuit claimed trustees not only met in secret to debate over matters up for discussion during public board meetings but also ensured that a paper trail of those conversations would never be found.

“The board’s flagrant and persistent violations of [the Texas Open Meetings Act] have denied the public the opportunity to participate in the democratic process,” the lawsuit stated.

The board treated public meetings as a “rubber-stamp formality,” the lawsuit claimed. Prior to meeting in public, Tyson claimed board members convened in small groups to reach a “backroom consensus.”

“The public can no longer trust that these elected officials are open and honest, let alone trust that they will operate in the best interests of the citizens of Richardson,” the suit stated.

The district said Tyson’s allegations were without merit and had surpassed the statute of limitations, rendering the lawsuit null and void.

The settlement agreement means an end to the litigation as well as mounting legal fees, Bono said.