McKinney businesses struggle to find employees due to lack of qualified workers, high cost of living 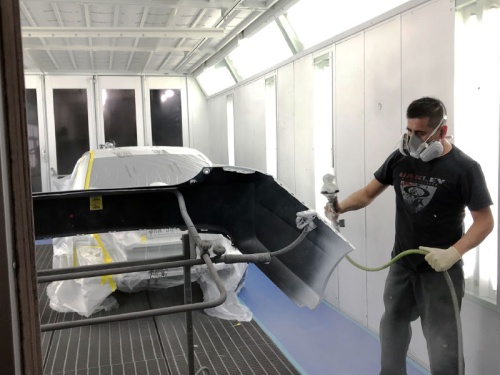 When driving across McKinney it is almost impossible for one not to see “Now hiring” or “Help wanted” signs displayed in business windows and on marquees.

At least 87 businesses in McKinney are hiring, according to a recent survey sent by the McKinney Chamber of Commerce to its members. The survey received 120 responses with 53.6 percent of respondents saying they pay employees an hourly rate between $12-$20.

McKinney is faced with a two-prong issue when it comes to hiring, area businesses and officials say. While some businesses struggle to hire lower- to middle-income workers because they might not be able to afford housing in McKinney, others say it is not a matter of pay but of finding skilled, qualified workers.

“If you’re getting paid between $20,000-$25,000 [per year] that’s not enough to be able to sustain life in Collin County,” said Lisa Hermes, president of the McKinney Chamber of Commerce.

John Rattan, owner of The Body Shop Collision Repair, said he has a hard time finding employees in any pay bracket because he cannot find qualified workers.

Gwen O’Connor, owner of Quality Personnel Service, a hiring agency in McKinney, said the job market is busy across the board whether its retail or the medi-spa industry. She said the trend also carries into trade industries as well, including mechanics and carpenters.

Although McKinney has a greater number of low-income housing units compared to neighboring cities, workers could still struggle to pay mortgage or rent.

The Texas Department of Housing considers a household spending more than 30 percent of its income on housing to be facing a “housing cost burden.”

“By affordable housing you’re talking about the average apartment being, for a one-bedroom apartment, $975 per month plus utilities,” Hermes said. “So yeah, by comparison [McKinney’s] more affordable, but if you’re making a salary of even $50,000 a year … that’s a really tight budget.”

An employee making $8-$15 per hour for 40 hours a week makes approximately $16,640-$31,200 per year—and someone making that salary level may not be able to afford housing in McKinney, Council Member La’Shadion Shemwell said.

Shemwell said adding to the difficulty facing lower-income residents in McKinney is its lack of public transportation.

“[If someone] can’t afford to live in the community, then how are they going to be a maid at the Sheraton if they don’t have reliable transportation and they’re not making a ton of money [and] there is not public transportation to get them there?” Hermes said.

The public transportation offered in McKinney provides rides only to senior or disabled residents. Shemwell said, however, that the McKinney Urban Transit District is working to roll out a program for low-income riders by March or April.

Businesses in the skilled trade industry are also looking for employees.

Rattan said one reason for the unfilled positions is because he cannot find qualified candidates.

“It looks like, to me, that there is not a shortage of jobs; there’s just a shortage of people that either want to fill those jobs or that are qualified,” he said.

Collin College is working to address this problem by opening the Collin College Technical Campus in Allen. Some programs offered at the new campus will include business and finance, automotive technician classes and welding, Collin College Executive Vice President Brenda Kihl said.

Although the facility is expected to open in fall 2020, Kihl said some programs are currently being offered at other campuses.

“I think the important thing is as an institution of higher education, Collin College has to be responsive to whatever [industry] needs may be,” she said.

Roundtable discussions were held with different industry leaders, such as Rattan, to identify needs in the workplace. This feedback was used to create programs at the new campus.

“We need their input a lot on the front end during the development phase, but then once the program is up and running we do continue to get that feedback from the industry so that we can modify the curriculum to ensure that the students are still getting the most relevant skills continuously,” Kihl said.