Shortage of parking projected in downtown Roanoke once developments done 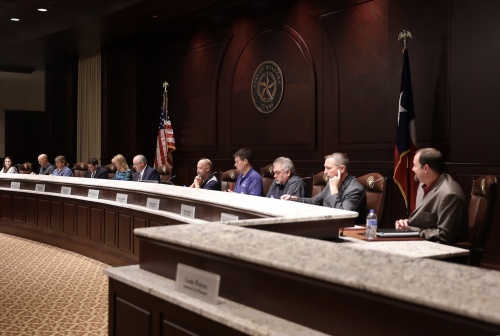 Roanoke's downtown parking is expected to be about 486 spots short once all of the developments are completed, according to Jamie Snyder, senior parking consultant at Walter P. Moore.

The company did two in-person assessments of the available public and private parking in the downtown area in January and in March. Snyder presented Walter P. Moore’s findings on downtown parking at a Roanoke City Council meeting Aug. 27.

“We wanted to look at what you’re currently experiencing and then also with the new developments that you guys are planning for, how that [parking] is going to be affected,” Snyder said.

The company found the downtown area will need roughly 1,780 spaces following development, compared with the current 1,307 public spaces available now, according to Snyder. The area determined to need the most spaces in the future is the area between City Hall and Austin Street, following a macro- and micro-level study.

“When we look at the overall macro area, the whole study area, you’re looking at an inadequate supply of about 120 spaces,” Snyder said. “But when you look at the map, the micro area there, you’re actually looking at about 486-space parking deficit for the area between City Hall and Austin.”

Chad Snyder, a senior associate at Walter P. Moore, discussed five possible recommendations for the city to avoid a deficit in the future.

The first is to build a new parking garage, which would cost approximately $7 million, according to Chad Snyder. Location possibilities include the intersections of Hwy. 377 and Main, both north and south, the previous City Hall site, Pine and Rusk streets, and Rusk and Walnut streets. The garage would serve as a centralized supply chain, Chad Snyder said.

“In the parking garage world, when you’re looking at structured parking, the bigger, the more rectangular footprint is, the more efficient it is,” Chad Snyder said.

Another possible fix is leasing private spaces in the evenings. This would cost roughly $24,000 annually, according to Jamie Snyder, and would add about 100 parking spaces. Having a public-private partnership is a common practice throughout the U.S. and Texas, Chad Snyder said.

“If you can get consensus, it’s an easy fix to provide some parking spaces in your system that are currently sitting there empty and not being utilized throughout the evening,” Jamie Snyder said.

A third option is creating two valet stand sites, adding an estimated more than 150 parking spaces. Two suggested locations were at North Oak Street, with the utilization of private parking nearby, and at the Roanoke City Center, with utilization of the recreation center. For this service to be used by citizens, it needs to be free, Jamie Snyder said. This would cost the city roughly $90,000 annually, which includes salaries and golf carts.

“We think that in order to be able to get people to use it, it’s going to have to be free to the consumer,” Jamie Snyder said. “Because most people will still, no matter what—we’re probably all guilty of it—will drive around looking for a parking spot.”

The fourth suggestion is a shuttle operation, which would cost roughly $65,000 annually, according to Jamie Snyder. This would be beneficial during large events and could use existing public transit vehicles or a shuttle service, Jamie Snyder said. The effort could add 100 parking spaces.

The promotion of ride-hailing is the last suggestion from the group. Ride-hailing would cost roughly $20,000 for an in-depth marketing campaign to encourage citizens to use ride-hailing. The city could also reserve spots for pickup and drop-off, Jamie Snyder said. This could add 50-75 parking spots or more.

Mayor Scooter Gierisch is optimistic about the possibilities for parking in the future.

“It’s a good problem to have,” Gierisch said. “I’ve always said it’s better to have a problem with not being able to find a parking spot than it is to easily park. If you can’t find a spot, that means businesses are being very successful.”

The City Council will hold a workshop later in the year to determine what the next step will be for the downtown parking situation.