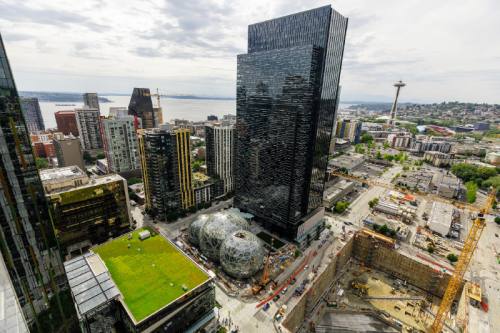 Amazon is searching for a city to build an 8.1 million-square-foot second headquarters while keeping its first in Seattle.

“The [Dallas-Fort Worth] region’s unified submittal was diligent, thoughtful and comprehensive in responding to the specific questions outlined in the Amazon [request for proposal] and gave us a chance to showcase the many reasons DFW has been such a strong and growing business community over the past eight years,” Mike Rosa, senior vice president of economic development at the Dallas Regional Chamber, said in a statement. “We’re proud of the great work done by our regional cities and leaders. We’re looking forward to the next steps and are in direct contact with Amazon to begin that process.”

Brandom Gengelbach, executive vice president of economic development for the Fort Worth Chamber, said in a statement that the DFW region's proposal offered a "diversity of options" in possible sites for the headquarters.

“We are excited that Amazon has determined that our region’s proposal merits additional consideration, and we’re confident that upon further inspection Amazon will soon realize all of the reasons why this region has been a magnet for corporate headquarters locations in recent years,” Gengelbach said.

Amazon listed population, public transit options and proximity to an international airport as some of its qualifying factors when it first announced it was looking to build a second campus.

Amazon says it is willing to invest $5 billion in the construction of the headquarters, dubbed HQ2, to create as many as 50,000 jobs, according to a company news release.

Here is the full list of 20 finalists for HQ2’s future location as provided by Amazon in alphabetical order: