Tarrant County has confirmed its first human case of West Nile for the 2019 season.

Tarrant County Public Health has confirmed the county’s first human case of the West Nile virus during the 2019 season.

The department announced Aug. 7 the case is in northwest Tarrant County but did not specify a city. According to a news release, the case is the “mild” or “non-neuroinvasive” form of the illness, also known as West Nile fever.

Tarrant County Public Health announced June 19 a mosquito sample collected in the city of Colleyville tested positive for West Nile. That sample was the first for the 2019 season. At that time, 1,558 samples had been submitted to the department’s laboratory.

Symptoms of West Nile can include headaches, fevers, muscle and joint aches, nausea and fatigue, the department said in the news release. Typically, patients recover on their own, but symptoms may last several weeks, the release said.

According to Tarrant County Public Health, 18 human cases of West Nile were reported in Tarrant County in 2018. To avoid contracting the disease, the department recommends residents wear long sleeves and pants, use insect repellant, keep vegetation trimmed and dump out any standing water.

City facilities closed for Memorial Day in Keller, Roanoke and Fort Worth

In observance of the Memorial Day holiday, city offices will be closed in Keller, Roanoke and Fort Worth on May 25. 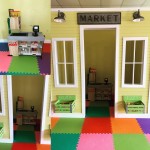 Due to the impact of COVID-19 restrictions, indoor playroom and private event space The Nest & Roost closed in late April.

The 2020 grand opening of a Longhorn Steakhouse has been delayed indefinitely, according to staff.