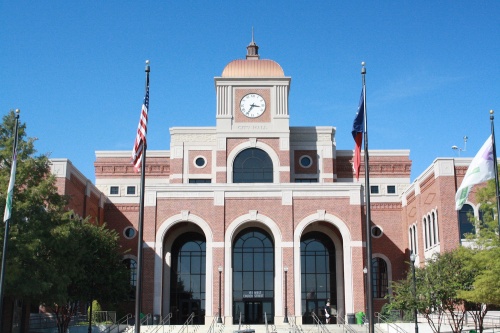 Updated at 12:22 p.m. This story was updated to clarify the language in the amendment and includes the city's plans for a special election in May 2020 to fill the remainder of the mayor's term once he steps down.

Lewisville Mayor Rudy Durham says an amendment to Senate Bill 2 will force him to abandon his 25-year post as an elected official at the end of the year.

The amendment—originally filed as Senate Bill 1146 by Sens. Pat Fallon, R-Prosper, and Paul Bettencourt, R-Houston—prohibits elected officials from being employed by an appraisal district. Durham works full-time as the chief appraiser for the Denton Central Appraisal District.

Durham believes he was targeted by the legislation, which was tacked on as an amendment to SB 2—the bill that capped property tax revenues and was signed into law by the governor June 12.

Still, when choosing between his job and his elective office, Durham said the decision was simple.

"I am not a fool," Durham said. "I make my living as the chief appraiser. [For serving as mayor of] the city of Lewisville, I get $50 a meeting, so it's an easy answer."

Durham's three-year term as mayor is not up until May 2021.

Fallon's original bill was left pending in committee in the legislative session that ended in May. But it got a second life as part of the property tax reform package that many lawmakers deemed to be this year's top priority along with school finance reform.

According to a statement of intent filed with Fallon's original bill, his proposal was meant to eliminate the conflict created when an employee responsible for determining property values also controls property tax rates.

"S.B. 1146 is simple and straightforward," according to the statement of intent. "It stops a glaring conflict of interest."

Fallon did not respond to Community Impact Newspaper's request for comment.

In March, Lewisville City Council passed a resolution in opposition to SB1146 on the basis that "the chief appraiser has no control over taxable appraised values of property."

Durham said he is "unaware" of any plans by the city of Lewisville to fight the legislation in court.

"Basically I've resigned my position," said Durham, who added that he plans to step down Dec. 31.

City of Lewisville spokesman James Kunke said by email that a special election will be held at the same time as the May 2020 election to fill the remainder of Durham's term. The mayor's position will remain vacant until then.

The bill initially applied only to counties with more than 20,000 residents. It had proposed banning elected or appointed officials from also being employed as the chief appraiser or assessor. The amendment that became law bans any employee of the appraisal district from also being an officer or employee of a taxing unit, such as a city.

Durham said his dual role "is not a problem, and it hasn't been a problem."

Durham was first elected to City Council in 1994. In 2015, he became mayor. He was elected to a second term as mayor in 2018. His fellow council members contend that the law "denies Lewisville voters the right to select a mayor of their choosing."

"Either you agree that this is some sort of issue, which it isn't, in my opinion, and you make it so that nobody can do this, or you carve it out halfway, so I don't understand Austin's point here except to take away local control," City Council member TJ Gilmore said at a March 18 council meeting about the original proposed legislation.

Chris Wallace is president and CEO of the North Texas Commission, which advocates for legislation that promotes prosperity of the region. He said that while this amendment is a "head-scratcher," it is not unlike other bills passed during this legislation session, which he described as "anti-local control."

"What's the point [of this bill]?" he said. "We want as many people who are qualified to run for elective office."