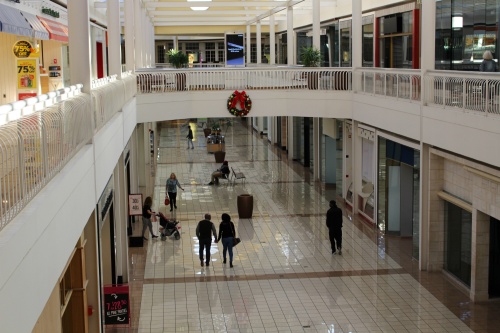 A developer will bring plans to build 3,100 residential units at Collin Creek Mall before the Plano City Council, part of a billion-dollar mixed-use project to revitalize the once-proud Plano shopping destination.

The Plano Planning and Zoning Commission on April 1 approved Centurion American's zoning change request, the last step before the Plano City Council considers the proposal for final approval. The timing would put the plan on track to be considered before new council members are seated following the May 4 elections—although that timeline could change, City Manager Bruce Glasscock said.

The development proposes to demolish the mall’s existing anchor stores and flesh out the rest of the property with residential, office, restaurant and hotel buildings. The remaining body of the mall would house a collection of boutique stores, restaurants and an array of neighborhood service businesses—such as grocery stores—to serve the new residents.

The bulk of the new housing units would be in the form of apartments and independent-living units. None of the 2,300 multifamily units in the plan would be built within 400 feet of Alma Drive, according to a city summary of the plans.

The plans also feature 500 single-family lots on the property’s west side. One-fourth of these lots would be reserved for detached houses, while the rest could consist of a combination of townhouses or other single-family options.

If these plans are approved in the coming weeks, 61 percent of the Collin Creek Mall property would be used for residential purposes. Nearly a quarter of the square footage on the property would be reserved for office-related uses. The remaining 15 percent would be designated for stores, restaurants and hotels.

The developer, working with city staff and consultants, had pared down the amount of retail space in the original request from 450,000 square feet to 300,000 square feet, Centurion American President Mehrdad Moayedi said. Some of that space would instead be used for entertainment venues.

The plans also call for 8.7 acres of city park space along Spring Creek. Although Moayedi said his company considered opening up the creek, which is currently covered by parking lots, they believe it would be more aesthetically pleasing to build a new, artificial water feature instead.

Editor's note: This story has been updated with results of the Plano Planning and Zoning Commission's vote.