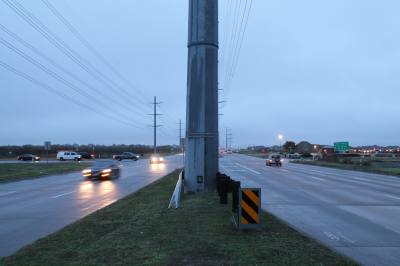 The city of Frisco and Brazos Electric have reached an agreement to build power lines in West Frisco.

The Public Utility Commission of Texas today agreed to delay a decision on the stipulation agreement that allows Brazos Electric to bury power lines on Main Street in West Frisco. The PUCT now expects to make a decision in April.

Commissioner Kenneth Anderson said he had several questions he wanted answered prior to making a decision on the case. PUCT Chairwoman Donna Nelson agreed, saying she would like to give the commission time to review March 3 testimony about the case.

“It’s been a communitywide effort,” Maso said of the agreement. “We wholeheartedly support this solution; our residents support it.”

Jennifer Jackson, president of West Frisco Homeowners Coalition, testified that high-voltage overhead power lines would be unsafe to install so close to residential areas with children.

Nelson said she was not swayed by Jackson’s argument. If the utility buried all power lines located close to homes, no one would be able to afford their electric bill, she said.

Frisco resident Douglas Apgar, who lives in Park Place Estates, said the amount of traffic on Main Street would cause safety issues if electrical towers and guardrails were built in the median to accommodate overhead power lines.

Main Street currently has up to 44,000 drivers per day traveling on the roadway.

Having the power lines buried would allow the city of Frisco to widen Main Street from the median. Maso said the city has been holding off on widening the road because of the proposed power lines. If the agreement is approved, construction is expected to start on Main Street next year.

The agreement includes a hybrid overhead/underground route spanning nearly 3 miles along Main Street. The portion of the route that will be built overhead spans west of FM 423, outside Frisco city limits.

The city has agreed to contribute more than $12 million toward the cost of the construction.

Commissioner Brandy Marty Marquez said she sympathized with homeowners, but argued all Texans love their homes, not just those in Frisco.

“This is a very difficult decision for me,” Marquez said. “There are ratepayers on the other side of this.”

The commission intends to discuss the case at its March 24 meeting.