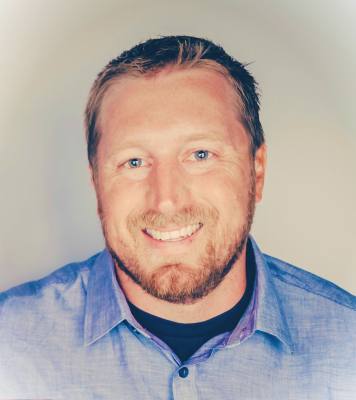 Alex Donkervoet has filed to run for U.S. representative, District 3. He is running as a Republican against state Sen. Van Taylor and David Niederkorn in the March 6 primary election.

Community Impact Newspaper sent Donkervoet a list of questions about his candidacy. Below are his answers edited for style.

Why did you decide to run for this office?

I believe we should expect more. Congress is not broken but the candidates we send to Washington and how those individuals are selected is. Republicans and Democrats seem to spend more time undoing what the other party put in place than finding compromises and appropriate legislation to move America forward. A major problem is the lack of transparency and abundance of vague, cookie-cutter responses from candidates and officials when it comes to their positions. Party endorsements occurring before all the candidates are even known shows me that we need new individuals representing us in Washington. We need candidates that are selected by the voters, not just people well connected in the Republican Party. When looking at who to vote for this term, I did not find any individual that I felt had the ability to adequately represent the everyday American’s interests and issues. America is fragmented and while I can’t piece her back together, I believe I am a candidate who will put forward ideas, opinions, and the transparency needed to start mending our country.

What experience—professionally or politically—do you have that would prepare you for this position?

I am what and who we need in Washington. As an actuary, I bring a different and unique view to the table. Congress does not need any more lawyers or career politicians. We need individuals who rely on data and understand the underlying issues that drive the majority of the US budget (Social Security and insurance). I am going to focus on solutions that work to solve the issue regardless of party lines, be transparent so all individuals know where I stand on important issues, and focus 100 percent of my time on serving as an elected official and not spend 30 percent-plus of my day focused on fundraising. The system cannot be fixed by individuals preselected and groomed by the Republican Party but instead, Republican ideals need to be pursued by an individual selected by the voters.

A. Bipartisanship is the key to move America forward and fix the immediate and future issues Congress faces. Congress has set new records for polarization and must end the back and forth legislation that leaves America in a state of confusion and turmoil. Regardless of what elected officials say, their actions have proven that bipartisanship doesn’t exist in Washington. If Democrats and Republicans are unable to come together to work for the American people as a whole, then our current polarized, unproductive Congress will continue. We, the American people, only have ourselves to blame for this as we continue to elect and reelect individuals that draw a line in the sand when it comes to party issues and these politicians only serve the agenda of their party instead of the interest of all Americans.

B. Term limits need to be put in place for congressional members. Term limits will minimize the opportunity for corruption and the centralization of power to a single individual. Placing term limits on congressional members will encourage them to actually do the work of the people they represent instead of looking to appease their party and gain support for reelection. Term limits is the top issue in the many layers of fixing the way in which we elect our representatives, however, putting term limits in place will accomplish nothing if the elected replacements for open seats are hand selected by party politicians or major donors instead of the constituents of that district. This means that the people represented in districts need to get out and vote in primaries and general elections.

C. Healthcare needs to be fixed. This is an obvious issue and I am sure I sound like everyone else calling for healthcare reform. However, what sets me apart from the others is my background as an actuary. I have a unique insight from years of working with and for the insurance industry. Bringing it full circle and back to my number one priority, a successful comprehensive plan can only be put into effect if it isn’t repealed or tried to be repealed every time majority changes. A true bipartisanship bill must be passed and Democrats and Republicans have to come together to fix the issues.

What else do you want constituents to know about you and your background?

I did not decide to run for office because it was the next step in my career path. I am running because it has been said that Congress is broken when in fact, how and who we select is broken. Politics shouldn’t be an elite club for those with money or connections. Bipartisanship doesn’t exist in Washington and Congress must end the back and forth legislation that leaves America in a state of turmoil. Term limits, campaign finance, social security, and education all need reform. These issues cannot be addressed if America continues to elect extreme left and right representatives that are unable to work together to truly represent the American people. We complain about how our officials spend too much time fundraising or vote along party lines regardless of the issues, yet we continue to re-elect them time and time again.

To learn more about Donkervoet, go to www.NeedANewVoice.com.
SHARE THIS STORY