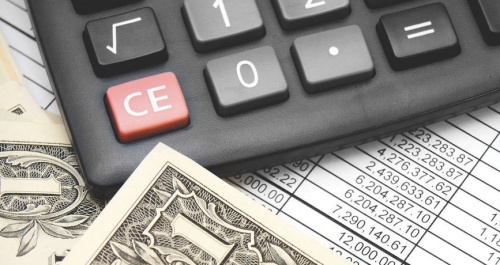 State lawmakers filed bills in both chambers of the Texas Legislature that would restrict local governments’ ability to increase their property tax revenue year-over-year.

If passed, the bills would affect city spending and, in particular, the recently approved contract between the city of Austin and the Austin Police Association, which took nearly two years to negotiate.


Rolling back the rollback tax rate

If passed, the bills would cap taxing entities—such as cities, counties and school districts—from increasing their property tax revenue more than 2.5 percent year-over-year.

Such a cap is referred to as a rollback tax rate because if a taxing entity exceeds that rate, a rollback election is triggered, giving voters the chance to approve or reject the proposed increase.

The bills filed call for a much steeper cap than current state law, which sets the rollback tax rate at 8 percent, per the Texas comptroller’s office.

Abbott called the effort to cap the rollback tax rate at 2.5 percent “a testament to the voters of this state” at a Jan. 31 news conference. “The voters demanded this, and this demonstrates that the Texas Legislature is responsive to the needs of our voters.”

An attempt by the Texas Legislature to lower the rollback tax rate to 4 percent during the 2017 special session failed.

“When the Legislature doesn’t do anything that meaningfully addresses school finance reform, they go after cities and counties,” Sandlin said of past efforts to address property taxes. “It gives them some political cover.”

Each would be capped in its ability to raise revenue if the rollback tax rate is lowered to 2.5 percent.

In the case of the city of Austin, such a change would affect public safety, its largest expenditure.

“It effectively becomes a 2.5 percent salary cap on police and firefighters,” Sandlin said. “[Those services are] what people expect most from their city.”

More than two-thirds—68.4 percent—of the city’s $1 billion general fund is allocated to police, fire and emergency medical services, according to the approved FY 2018-19 budget.

Austin City Council approved a new four-year contract between the city of Austin and the Austin Police Association on Nov. 15, after 11 months without a labor agreement between the two parties and nearly two years of contentious negotiations.

If the Legislature succeeds in implementing a property tax revenue cap of 2.5 percent, as opposed to the city’s projection of 6 percent revenue growth annually, Austin’s general fund would lose nearly $77 million over the four years the contract is in effect.

A 2.5 percent revenue cap would force cities to reckon with how to fulfill labor agreements and fund services, the most expensive of which is often police, said Cary Roberts, executive director of the Greater Austin Crime Commission, which promotes public safety planning.