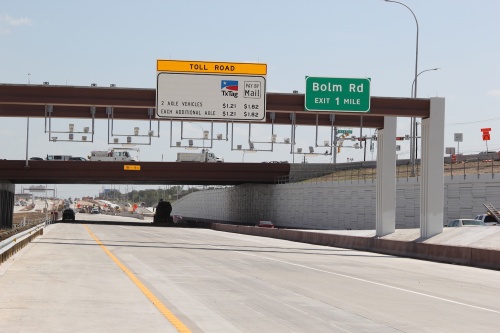 Bobby Jenkins, a prominent Austin businessman, will serve as chairperson of the board for the Central Texas Regional Mobility Authority and will be sworn in at the next meeting Sept. 11.

Gov. Greg Abbott appointed Jenkins as chairperson July 3 for a term expiring Feb. 2, 2021, according to a news release. Jenkins is president of ABC Home & Commercial Services and has owned and managed the company since 1983, according to the release.

An Aug. 22 email from the Mobility Authority stated the agency is “very excited about welcoming Chair Jenkins into his new leadership role with the RMA.”

The Mobility Authority was created in 2002 to improve transportation in Travis and Williamson counties with multimodal solutions. The agency operates several toll roads, including Toll 183A, Toll 290, the MoPac express lanes and SH 45 SW. These projects also include bicycle and pedestrian improvements.

The agency is overseeing construction of toll lanes on US 183 South and has several projects in the pipeline, including expanding Toll 183A and adding toll lanes to US 183 in Northwest Austin, a project that stalled for nearly two years after a statewide moratorium on toll projects.

The governor appoints the chairperson of the board, and the commissioners courts from each county appoint three members to the board, according to the Mobility Authority.

At the June 26 meeting, former board Chairperson Ray Wilkerson announced he would be stepping down after 11 years with the agency.

“I had planned on [stepping down] a year ago but was encouraged to stay on because of 183 North,” Wilkerson said at the June meeting.

In 2017, the Greater Austin Chamber of Commerce announced Jenkins as Austinite of the Year for his leadership in the Austin community. He also served as past chairperson for several organizations, including the chamber, the Texas Higher Education Coordinating board, the American Heart Association, Caritas of Austin and Austin Gives, which recognizes philanthropic businesses, according to ABC’s website.