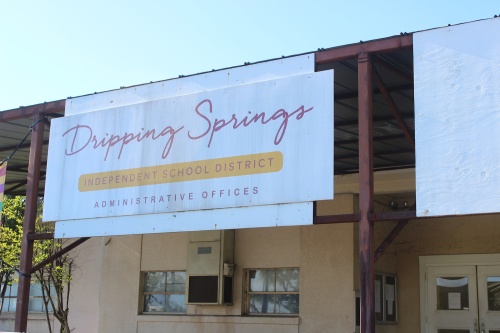 At the April 15 agenda review for the Dripping Springs ISD board of trustees, board members discussed agenda items scheduled for vote at the upcoming April 22 board meeting and heard reports from district employees on topics that will resurface at meetings in May and beyond.

Both curriculums adhere to the state's requirement of an abstinence-first sex education and include science-based information. The Flash curriculum is "designed to prevent teen pregnancy, STDs and sexual violence" and bills itself as being "inclusive" to students with a variety of sexual orientations, according to its official website. Baylor Scott & White's website states it promotes an "all-inclusive, data-driven curriculum."

While SHAC voted 7-1 in favor of the Scott & White curriculum at their April 1 meeting, time constraints did not allow for all public comments on the issue to be heard, according to Poenitzsch. As a result, two additional SHAC meetings have been scheduled to allow time for further public comment, as well as further discussion of possible adjustments to the proposed curriculum.

“It’s a huge part of the reason we’re slowing down the process, to ensure we have adequate transparency,” Superintendent Bruce Gearing said.

The first of the additional SHAC meetings will take place on April 16 followed by a meeting on May 14. SHAC will make its official curriculum recommendation to the board at the district's May 20 board of trustees meeting.

Cadena presented three options to the board for improving teaching compensation. The most basic would implement a 2% pay increase across the board, costing the District around $460,219 annually. However, Cadena said a plan targeted to improve the lagging salaries of mid-career teachers in the district would cost up to $558,603 annually.

No official date was given for a board vote on the recommended compensation adjustments, but Assistant Superintendent of Finance and Operations Scott Drillette welcomed input from the board moving forward.

Budgeting for new hires
DSISD Executive Director of HR Tiffany Duncan reported to the board that current budget constraints allow for 29 out of a requested 62 new district positions to be approved for the 2019-2020 school year. Of those, 26 positions, including 23 teachers, have already been prioritized. Duncan said that further positions would be determined based on final budget numbers later this month, allowing them to make a final recommendation to the board at that time.