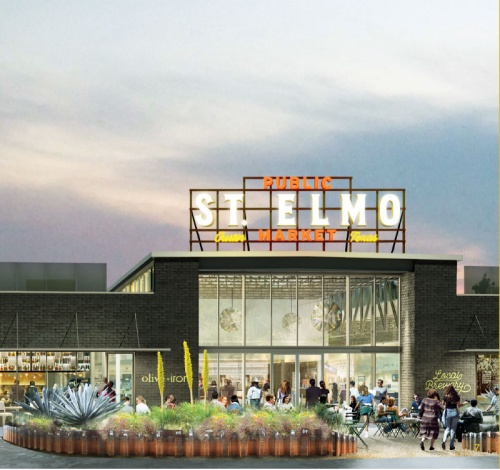 The site's developers—Maker Bros., Fenix Global Investors and Carlin Co.—anticipate the project to open in fall 2019, according to a new release by the group.

Beer production at the site will be managed by Nate Seale, who was previously the brewmaster at Austin-based (512) Brewing Co., the release states.

Lick Honest Ice Creams founders Anthony Sobotik and Chad Palmatier will use the future space at St. Elmo Public Market to open a new concept that will include ice cream and other offerings, the release states. The project is currently unnamed.

After breaking ground in May, developers told Community Impact Newspaper that other tenants for the market include Mignette, a bakery and modern diner; a retail location for Texas Hill Country Olive Oil Co.; and a butcher shop and restaurant by the owners of Salt & Time.

“You’re going to have this really cool market as the centerpiece, and then between the apartments and buildings there’s going to be a little boulevard that you could hang out on [on] a nice day,” development partner Brandon Bolan told Community Impact Newspaper in May. “You can live here, work here, shop here or hang out here.”