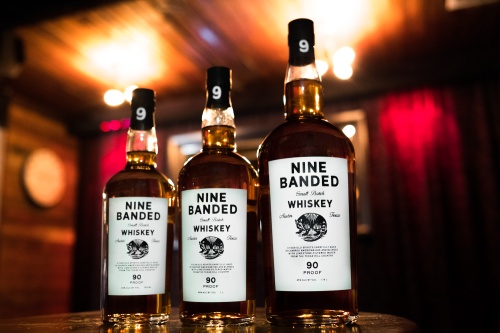 Nine Banded Whiskey will also be manufactured and bottled on-site.

Nine Banded Whiskey, made in the Texas Hill Country, announced Thursday it plans to open a tasting room in Southwest Austin in early 2018.

The facility will be located just off the Fitzhugh Road corridor, which is home to many other locally based beverage brands including Jester King Brewery and Argus Cidery, the press release stated.

The 4,780-square-foot building will feature reclaimed metal and wood in many of the design elements, including the pendant lights, bar stools and old whiskey barrels.

In addition to tastings, the space will also allow for live music and food trucks. Part of the land will also serve as the company's new headquarters, with bottling and shipping happening onsite.

The company launched in Austin last year and has since expanded distribution throughout the state of Texas. The product can be found in bars and restaurants including ATX Cocina, Odd Duck, Holy Roller, Spec’s Wine, Spirits & Finer Foods, Twin Liquors and more.

“Since launching in Austin we’ve been fortunate to see our homegrown brand placed on drink menus in some of Austin’s most beloved establishments, from Odd Duck to The White Horse. But for us, the tasting room seemed like a natural progression, “ said Nine Banded Whiskey CEO Gary Crowell. “It’s so exciting to see it finally come to fruition and we not only look forward to opening our doors for guests, but also using a space as a way to celebrate what Nine Banded is all about: Austin’s creative community. In addition to showcasing the work of the makers who helped to design and furnish our space, we’ll also open up the tasting room for regular live music performances and food from some of the city’s most incredible food trucks and chefs.”
SHARE THIS STORY