After court dismissal, Manchaca Road could be renamed Menchaca Road over the next month 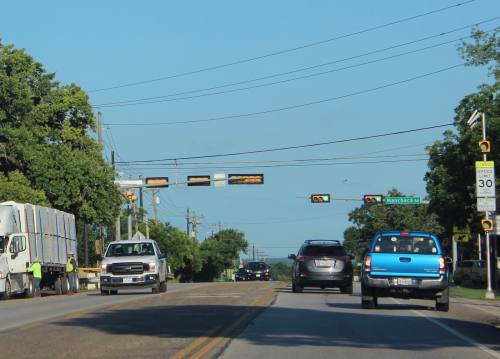 Austin City Council approved the name change last October in honor of military captain Jose Antonio Menchaca. However, the process was halted by a lawsuit filed by Leave Manchaca Alone, a local group that represents property and business owners along the road who oppose the change. The suit claimed that certain plaintiffs “never received any notice of the proposed name change” prior to Austin City Council taking a vote to change the name.

Although the exact time that the name change will go into effect has not been determined, Austin Transportation Department spokesperson Marissa Monroy told Community Impact Newspaper the change will likely take place some time over the next month once paperwork is finalized. The change will impact all sections of the road within the city’s jurisdiction.

New street signs along the road with the updated “Menchaca” spelling could also be installed over the next month, she said. There are 160 street signs within city limits that include the road’s name, which will cost about $24,000 to replace. The cost of the new signs will be funded by Justice for Menchaca, the local group that originally requested the name change, Monroy said.

Signage along highways will be replaced by the Texas Department of Transportation at a future date as part of its routine maintenance schedule.

The city of Austin voted Oct. 9 to change the name of the road—which had been spelled as "Manchaca" for over a century—to Menchaca Road in honor of Jose Antonio Menchaca, who was a military captain in the Texan Revolution and served as San Antonio Mayor Pro Tem in the 1830s. Menchaca is said to be the road's namesake. According to the city, the change corrects a decades-long misspelling of the name of the road, which physically connects the town of Manchaca and the Manchaca Springs to the city of Austin.

A similar renaming took place when Austin ISD built a new school for the community in the 1970s, replacing the old Manchaca School with Menchaca Elementary School. An official historical marker by the Texas Historical Commission titled “Education in Manchaca,” erected in 2009 with support from AISD and the Travis County Historical Commission, also links the school and community to Jose Antonio Menchaca. The marker reads that the community of Manchaca was “named for a campsite of Tejano Army Officer Jose Antonio Menchaca.”

However, the Manchaca Onion Creek Historical Association, a nonprofit formed in 2006 by local residents, calls the claim that Menchaca is the spring’s namesake the product of “an oral tradition.” The nonprofit’s official stance is that no official documentation from the 1800s has “not been discovered that would support this story.”

Members of Leave Manchaca Alone have also said businesses and residents located along the road will have to spend money and time to update various information, signage and certifications once the name change goes into effect. There are currently 18 businesses that use the “Manchaca” spelling in their name and over 1,700 total property owners on the road.

“We are disappointed by this, as we know thousands of people who live and work on the road are,” Leave Manchaca Alone said in a statement. “We held off City Council's irresponsible street name change for a year by successfully arguing that they did not properly notify property owners of the public hearing. A [judgment] in our favor would have forced the city to hold a proper public hearing on the matter—a fair shot for citizens at debating the initiative.”