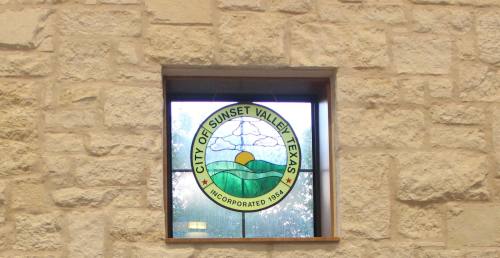 Sunset Valley City Council approved its fiscal year 2019-20 budget Sept. 17, which included a balanced general fund that takes in as much revenue as it spends.

Some key general fund expenses for FY 2019-20 include:
• $80,000 for an upper Cougar Creek Trail connection
• $55,000 in improvements at the end of Reese Drive
• $30,000 for planning related to the development of the Upland’s tract
• $30,000 for planning related to the Homestead Park at upper Cougar Creek
• $20,000 for minimum wage increases for two public works positions

Council Member Rudi Rosengarten said a priority for the city has been replenishing its reserve fund after Sunset Valley used its reserves to fund the construction of new city facilities in 2017.

Sunset Valley once again did not set a property tax rate this year. The majority of the city’s general fund revenue—$4,819,200—come from sales and use tax revenue, while other revenue sources include court fees, court fines and permitting fees.

In total, the general fund makes up about 55% of the city’s total budget of $8,473,555. Other revenue sources and expenses include the city’s utility fund, street fund, drainage fund, hotel fund, green fund and crime control district fund.