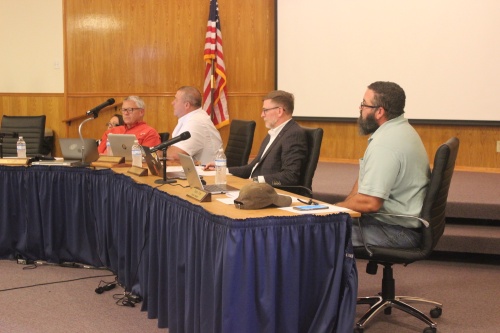 Note: This story was updated Sept. 18, 2019 with the city's finalized transportation and city operating budget figures.

Dripping Springs City Council voted Sept. 17 to approve a $6.9 million city operations budget for the the 2019-20 fiscal year, with a total budget including city, parks and Founder’s Day income of nearly $7.4 million. The vote was unanimous, with Council Member Taline Manassian absent.

Along with the budget passed Tuesday was an additional homestead exemption of 1% from the valuation of a home, with a minimum exemption of $10,000.

Compared to the $6,912,339 of revenue outlined in the city operating budget, projected expenses were valued at $6,740,889, with significant expenses including, but not limited to:

“We have a balanced budget. I’m proud of that,” Mayor Todd Purcell said at the meeting.

Also voted through was a property tax rate of $0.19 per $100 of valuation, which is consistent with the previous year’s tax rate.