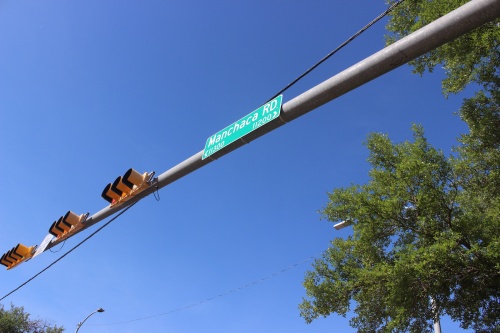 Manchaca Road was set to change to Menchaca Road on Nov. 15 until a lawsuit was filed in Travis County District Court.

The lawsuit—filed by nine property owners as well as advocacy group Leave Manchaca Alone—states that the “plaintiffs never received any notice of the proposed name change” prior to Austin City Council taking a vote to change the name Oct. 4. The lawsuit asks the city to “notify all property owners on Manchaca Road” before adopting an ordinance to change its name.

City Council approved the change from Manchaca Road to Menchaca Road to honor José Antonio Menchaca, a military captain in the Texan Revolution, after the City Council felt convinced the original name was misspelled. The name change was expected to take effect Nov. 15.

Residents at the Oct. 4 meeting who opposed the name change claim Manchaca was actually a misspelling of “Manchac,” which comes from the Choctaw word for “rear entrance.”

The lawsuit states that the plaintiffs have information and evidence regarding the name’s history, but due to a lack of notice “did not have an opportunity to present the information at a public hearing.” The plaintiffs are not asking for monetary compensation.

District 5 Council Member Ann Kitchen voted against the name change Oct. 4 as a protest to the process, which she called a failure after many of the businesses in the area said they were unaware the council was considering a change.