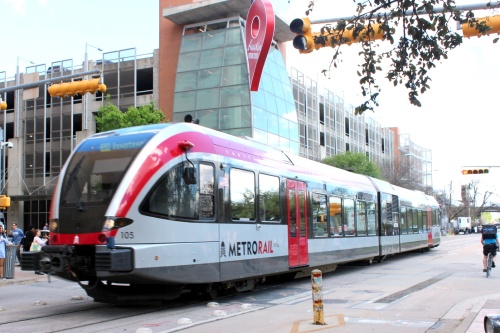 Commissioners weighed funding a study for the proposed Green Line transit corridor between downtown Austin and Manor on Tuesday.

Travis County Commissioners Court heard a number of presentations Tuesday. Here are four takeaways from the May 22 meeting:

A motion to lift a burn ban that had been in effect since May 8 and enforce a new ban starting Saturday, May 26, passed unanimously. View Travis County’s burn ban status online for up-to-date ban information.

Use of Federal Transit Administration grant funding to conduct financial analysis for the Green Line transit corridor between downtown Austin and Manor passed with a narrow 3-2 vote. Commissioners Gerald Daugherty and Margaret Gomez opposed the action.

The proposed 27-mile Green Line project, if ultimately approved, could be an estimated $268 million, according to county documents.


3. Terrace at Walnut Creek Project completed early and under budget

According to John Boyd, construction monitor for Travis County Corporations, the Terrace at Walnut Creek project has been completed two months early and $387,674 below budget. With 324 units, the complex will host its grand opening on May 31.

Commissioner Jeff Travillion described the Terrace at Walnut Creek as “not only attractive but necessary” housing for the community.

Travis County Tax Assessor-Collector Bruce Elfant briefed the court about an ongoing investigations into fraudulent motor vehicle transactions at the Travis County Tax Office.  Multiple tax office employees were arrested May 18 on suspicion of fraudulent activities, and a number of employees have been placed on administrative leave, Elfant said.