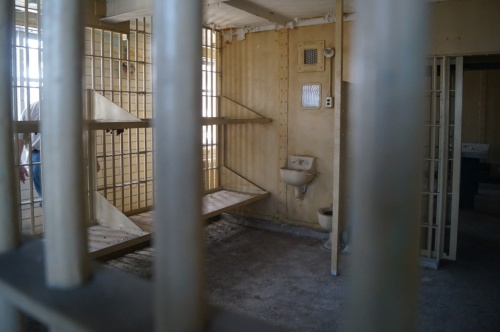 Discussions continue on the need for a women's facility at the Travis County Correctional Complex.

Developing a new female facility at the Travis County Correction Complex is part of Phase 1 of the correctional complex master plan, which aims to provide new, more appropriate housing for female inmates.

County Sheriff Sally Hernandez said the new facility is about having the right type of beds to address the changing, higher needs of the inmate population. The facility is projected to house about 400 beds.

She said that the current housing facilities do not adequately address the needs and services for the female population and that women are currently housed in five separate facilities—four in Del Valle and one in downtown Austin, which also contributes to the challenges of providing appropriate services to women.

“It is my intention that this will be a model facility designed from the treatment perspective and will allow for trauma informed care,” Hernandez said. “We have made great strides in Travis County to provide the proper treatment for inmates in our custody. However, our current set up makes this difficult, and services are not efficiently provided. The jail population has seen increasing numbers with medical and mental health conditions, and with greater acuity than in the past.”

Corrections bureau staff said transporting women back and forth between the five facilities not only makes it difficult to provide services but also makes it dangerous.

“Moving these females into male dominant buildings jeopardizes their safety,” said Sally Pena, captain for the corrections bureau. “You have to stop movement because males are coming through. If they were in a safer environment in one place where they could go to clinics and programs, that is the key.”

During a public comments portion of the meeting, residents and local criminal justice leadership officials spoke out against the construction of the facility, saying they’d rather see the money go toward diversion programs and mental health services, and adding that most offenses are low-level crimes for possession and substance abuse.

“This is a squandering of resources,” Doug Smith said. “Before we talk about building new facilities, please, let’s talk about lowering our [jail] populations, addressing the mental health crisis and addressing the substance abuse crisis in this county. When we have accomplished a 30 percent [jail population] reduction, then let’s talk about what that jail would look like. Let’s reinvent criminal justice, not a new jail.”

The fiscal year 2018 budget set aside approximately $97 million for the proposed women’s jail facility. Commissioners are expected to vote next week on whether or not to issue certificates of obligation for the project. County Judge Sarah Eckhardt said if the county misses this issuance deadline it could delay the project another year.