The 6.5-mile project will provide a connection for the pedestrian, bicycle and transit networks, according to city officials. (Courtesy Austin Public Works Department)

Austin’s Public Works Department is asking the community to weigh in on plans for a 6.5-mile urban trail in South Austin. 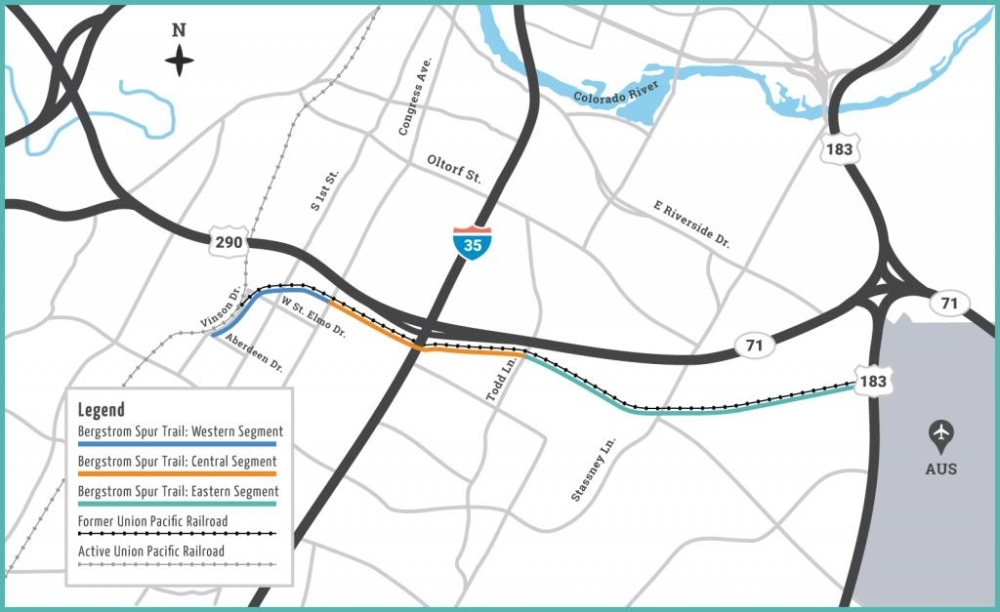 The Bergstrom Trail will be built along an abandoned rail corridor from Vinson Drive in South Austin to US-183 in southeast Austin. The department is asking for input on two segments of the trail running from Vinson Drive to Todd Lane through an online survey that will be open until Oct. 16.

Both of these sections are at the 60% design phase.

The two sections will cross 17 city streets, and the survey is focused on how residents would like to see space allocated between the right of way, the bike lane and the walkway, according to Austin Public Information Specialist Emily Smith.

While much of the trail between Vinson Drive to Todd Lane will consist of a 12-foot-wide, two-way bike path and an 8-foot-wide sidewalk separated by a grass median, the survey focused on areas where there is not enough space for the plan, according to Smith.

The plans can be viewed here.

The survey can be completed here.