Without water service? Austin Water outage map shows you are not alone 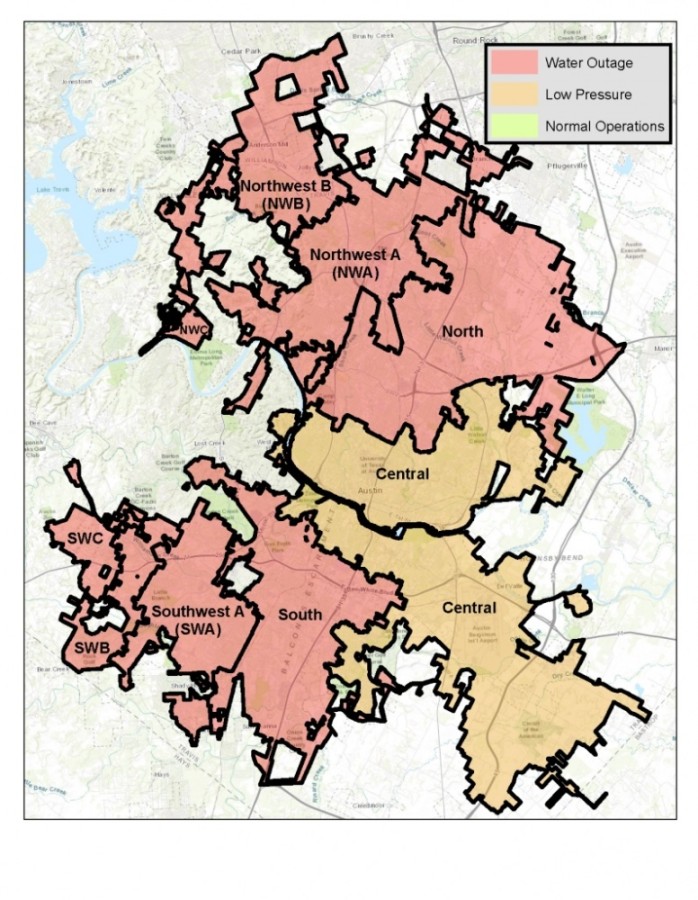 Austin Water customers across all nine of the utility’s pressure zones are currently either without water or have low water pressure, according to a map the utility district released at 8 a.m. Feb 19 illustrating regional outages.

Water usage in Austin peaked midday Feb. 17 but has decreased over the past 36 hours. Austin Water continues to ask residents to conserve water while crews repair water main breaks and leaks in the water system. Water main breaks can be reported to the utility here.

“It's going to be a multiday process to restore pressure and service and then clear the system for use," Austin Water Director Greg Meszaros said Feb. 18. “For customers who don’t have water, it's better to plan for worse conditions—days without water, rather than hours. We would encourage customers to take whatever steps they can to try to work through a multiday outage.” 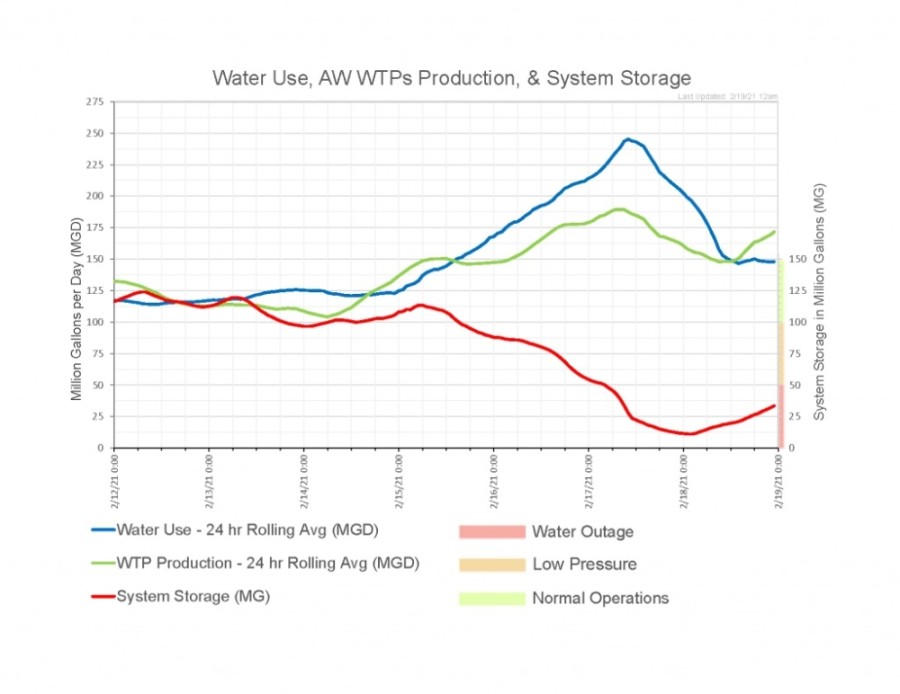 • With Palmer Events Center at capacity, here are other cold-weather shelters, warming centers in Austin