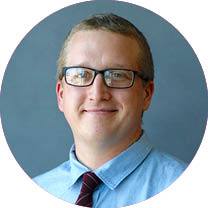 Dripping Springs City Council chose not to ratify the no-new-revenue tax rate of $0.1512, instead opting for the voter-approval rate of $0.1778. (Zach Keel/Community Impact Newspaper)

Both the budget and tax rate passed unanimously, although Mayor Pro Tem Taline Manassian was absent from the meeting.

Even with the year-to-year rate decrease, the city expects to "raise more total property taxes than [the 2021-22] budget by $490,727.59," due to growth in the city's taxable properties, according to a budget document prepared by Finance Director Shawn Cox.

Headlining the newly adopted budget is the general fund, which includes the parks budget, Founders Day funding and the city's operating expenses such as employee salaries and maintenance work. The fund's expenses are proposed at $12.83 million, a projected $3.3 million increase from FY 2021-22. Transportation projects, city hall improvements, an increase in the city salary allotment and park upgrades are a few of the major items responsible for the proposed increase.

The proposed general fund revenue, of which a large portion comes from taxes, is $14.64 million.

Proposed revenue from the consolidated utility fund, which includes water, wastewater and utility operations, is set at $15.88 million in the new budget, while expenses are proposed at $10.92 million.

The budget will take effect Oct. 1.