Travis County census outreach workers are continuing to pursue hard-to-count groups, according to census officials, and are seeing results in majority Hispanic-Latino areas of the Southeastearn reaches of the county.

In a June 9 update to the Travis County Commissioners Court, Travis County Census Program Manager John Lawler used the Montopolis and Riverside area of Southeast Austin as a case study of successful census grassroots outreach initiatives. That census tract accounts for 3,247 households, of which 86.1% are Hispanic or Latino. Travis County’s Hispanic-Latino Community Complete Count Committee, chaired by Precinct 4 Constable George Morales, employed targeted outreach to the area. According to Lawler, the Montopolis & Riverside census tract saw response increase from 27.8% to 35.8% between April 28 and May 18, growth he attributed to the committee’s efforts. 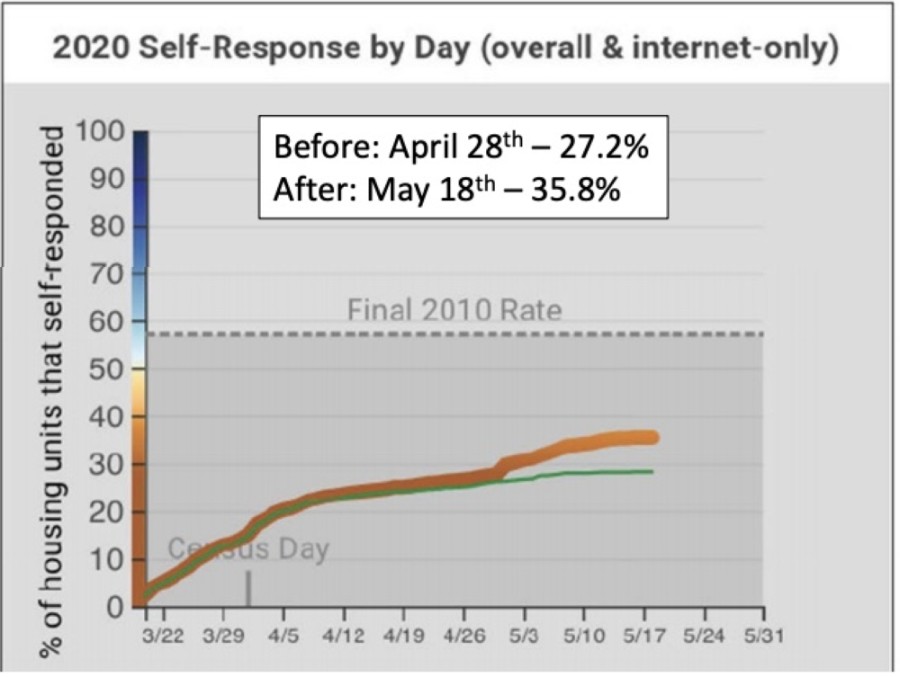 “We can actually see on a neighborhood level the impact that our effort made on folks getting counted,” Lawler said.

Residents have until Oct. 31 to self-respond to the 2020 census, 120-days later than the original deadline, which was postponed due to coronavirus restrictions. According to the latest timeline presented by Lawler, Travis County census workers will begin following up with non-responsive residents by August 11.
RELATED STORIES

So far, Travis County is the second-most responsive to the census of any large Texas County, with a 59.3% self-response rate, per data provided by Lawler that was updated May 31. However, Lawler said the state at large still lags behind other states that have placed a larger financial investment in census outreach efforts.
Travis County Southeast Austin Census 2020 John Lawler Travis County Commissioners Court
SHARE THIS STORY