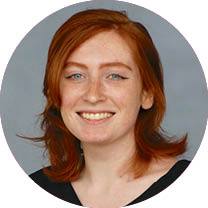 The ordinance will create a wage theft coordinator who will assist with complaints within the city. (Ben Thompson/Community Impact)

Austin City Council unanimously passed a wage theft prevention ordinance Dec. 1, aiming to prevent employers from failing to compensate an employee what they are owed by law.

The ordinance will create a wage theft coordinator position who will assist workers within city limits with complaints of violations.

As part of the coordinator’s role, a database will be created and made publicly available consisting of state and federal labor violations committed by employers. The city will bar any employer identified in the database from entering into contracts in Austin.

The ordinance is an amendment to City Code Title 4 and will establish wage theft standards and action against those who violate city contracts.

“This is a very important and key protection for our workers in the city,” Kitchen said.

On Dec. 1, council members heard multiple speakers in support of the ordinance, including Fabiola Barreto, the Austin policy coordinator for the Workers Defense Project, an organization for workers rights.

“This ordinance provides support for workers by referring their cases to the correct investigative authorities and provides a form of accountability for abusive employers,” Barreto said Dec. 1. “This ordinance is a huge step forward towards preventing wage theft in our city.”

Austin is the third city in Texas to pass an ordinance preventing wage theft, following El Paso and Houston.

“It will help responsible employers, taxpayers and workers in Austin,” said Gary Warren, political director for the Carpenters Union, on Dec. 1. “Law-abiding employers are often undercut by bad actors and can’t compete with those who cheat.”

Elle joined Community Impact in November 2022. She graduated from St. Edward's University with a degree in journalism in May 2022.