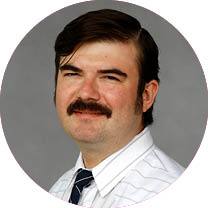 The Greater San Marcos Partnership will present a report to San Marcos City Council on May 17 on year-to-date goals and achievements as part of its contract with the city.

Part of the city’s contract with the GSMP requires the organization to provide a semiannual report on progress made by its efforts in the areas of business recruitment and retention, small business development, workforce development and other areas.

The city’s most recent three-year contract with the GSMP went into effect Sept. 7 for $400,000, according to city documents, and this is the GSMP’s first update as of that contract.

City Council will also consider the latest proposed addition to the La Cima development—an additional 1,295-acre parcel of land that would nearly double La Cima to a total of 3,848.2 acres.

Of that new addition, 637 acres are proposed as a conservation or open-space area along with 200 acres for a private park, 321 acres of single-family housing to be no denser than three units per acre and 137 acres for multifamily units.